Peacock has officially entered the teeming adult animation space with the announcement of a straight-to-series order for “In the Know,” a stop-motion NPR-themed series from “The Office” alums Zach Woods and Greg Daniels, who executive produce along with Mike Judge (“Beavis and Butt-Head”), Brandon Gardner and Dustin Davis.

Judge, Woods and Gardner co-created the series, with the former two also starring. Daniels and Davis executive produce for Bandera Entertainment, with the series hailing from studio Universal Television, a division of Universal Studio Group.

The logline for “In the Know” is as follows: “Lauren Caspian is NPR’s third most popular host. He’s a well-meaning, hypocritical nimrod, just like you and me. He’s also a stop motion puppet. Each episode follows the making of an episode of Lauren’s show In the Know, in which Lauren conducts in-depth interviews with real world human guests. Lauren collaborates with a diverse crew of NPR staff. They are also puppets and nimrods.” 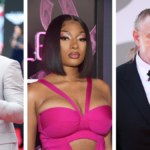 “In the Know will capture the conversations so many of us have in our daily lives in a heightened, hilarious way,” Lisa Katz, president of scripted content at NBCUniversal Television and Streaming, said in a statement. “We’re excited to be working with the very best in the business in Mike, Greg, Zach and Brandon, and our partners at Universal Television.”

President of Universal TV, Erin Underhill, added, “We’re thrilled to be working on this unique and inventive series with such an accomplished team and can’t wait for audiences to be In the Know.”