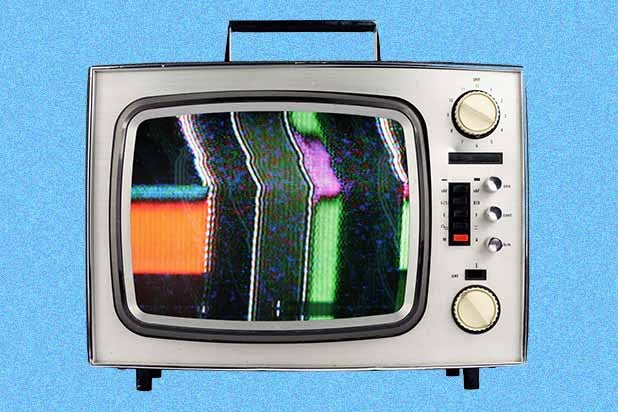 There is a slew of metaphors to describe the current media industry landscape. Few of them optimistic. Wedbush Securities analyst Michael Pachter has aptly depicted spending on television programming in stark, Cold War terms: “It’s an arms race, and it’s going to be that way until somebody realizes they’re just beating their head against the wall and not getting anywhere.”

Famously, John Langraff and FX Networks measure their “Peak TV” index,  counting the number of original scripted series each year and calling television programming as a traditional, mature business on the eve of a major contraction.

FX’s 2017 index counted 487 original scripted TV series. It should be noted that FX’s measure leaves out original nonfiction programs. By my measure, this would add 890 original series across all networks and streaming services — for a total of 1,377 original television series in 2017 (not including sports or news). We all know this number is important. But as of yet, it does not seem to inform our industry’s choices. And that leads me to my own metaphor.

But first, some additional context. Since 2011:

(The first data point is from FX. The next two are from Nielsen. The last is my own – based on published reports, on my own interviews of programmers and producers across the industry, a deep dive into programming reporting from the past six years, and having overseen numerous television projects in the past decade. True, my data must be seen as directional. But, based on everything we all know, the same might be said of Nielsen.)

When taken in this context, a cause-and-effect does emerge. One of the main contributing factors to the decrease in viewership on TV is the increase in the number of series across TV. More channels have more programming. Streamers make original programs, equal or higher in quality to broadcast and cable.

While the total viewership across all television content, on all platforms, has likely increased, the average audience for each hour of that programming is down, significantly. (Perhaps Langraff knew this, but before prepping this info for a presentation at the Media Insights & Engagement Conference, and for this piece, I had never considered it in this way.)

This is even more complicated when you factor in sports. Despite the FX index’s focus on original scripted series, 66 of all the top 100 telecasts in 2017 were NFL games. On another knee, NFL TV fees have increased 69 percent since 2011, while NFL audiences dropped 13 percent in 2017, and 29 percent since 2013.

In the past six years, audiences on cable are down 24 percent, viewers on broadcast are down 37 percent, audiences on streaming are of equal-ish size; yet programming costs have risen roughly 75 percent. This feels irrational. Pachter calls content an arms race, I call it a bubble. Both are irrational. But arms races usually have at least one winner, whereas bubbles see mostly losers. SEE: Tulips, 1929, Internet 1.0, Beanie Babies, housing in the 2000s, and (perhaps most telling for television) music.

Also Read: If Peak TV Has Peaked, Will Reality Rise to Replace It?

As FX points out at each Television Critics Association gathering, we have a glut of programming. We all nod our heads in agreement. Yet the industry’s collective response to the glut has been to bid up each hour of television we make. A relevant data point to those reading may be the many, expensive, incredibly good series out there that all of us, who work in the industry, have yet to see.

Despite the glut, the need for content grows. But investments need not be an arms race, or a bubble. After losing “Downton Abbey,” PBS has seen audiences rise substantially in the past two years from high-quality, reasonably produced (a.k.a. public-television budgets) news and docs series. In 2013, CNN started investing in original docs and nonfiction series and miniseries, which have drawn huge audiences and lifted the entire network. HGTV is a top 5 network (higher than FX, TBS, AMC, and TNT) with an entirely original, wholly-owned, super-efficient line-up.

Shows like “American Vandal,” “Fleabag,” “Full Frontal,” “Nathan for You,” “The Chris Gethard Show” and”It’s Always Sunny in Philadelphia” prove that great comedy can be done well, at scale, for niche but tirelessly loyal audiences. (Full disclosure: Comedy, done well at scale, is my current business plan. This is self-serving propaganda.)

So what do we do as programmers? First, we must track not only the number of shows but our “cost of programming hour per viewer.” TV will always have a lot of expensive dramas, star-driven vehicles and big noisy sports events. It should. But if you cannot compete in those arenas, on every show, there are also many talented producers and artists out there who do more with less — and whose voices and ethos are in sync with the myriad changes in our distribution, and our audiences.

As Americans transition in generation, age, race, income and profession, so too will their default TV viewership — from linear to on-demand, from broadcast to streaming, from digital to mobile, from mass to niche. Why and how we make programming needs to evolve with them, or our business will burst. Less expensive bets on new voices may be a gamble. But, compared to bubble-size investments, it can be easier to give less-expensive projects time to breathe and grow, and often more rewarding to break an artist than to chase a name. In this glut, that at least feels somewhat rational.

View In Gallery
BIO Evan Shapiro
Evan Shapiro is an Emmy- and Peabody Award-winning producer, a professor of media at NYU/Stern School of Business and Media Studies at Fordham University/Gabelli School of Business. He is also a strategist for Foxxum/rlaxx TV and the cartographer of the Media of Universe.

Evan Shapiro is an Emmy- and Peabody Award-winning producer, a professor of media at NYU/Stern School of Business and Media Studies at Fordham University/Gabelli School of Business. He is also a strategist for Foxxum/rlaxx TV and the cartographer of the Media of Universe.