Pearl Jam, the Seattle Sound icons and Rock & Roll Hall of Famers, canceled a concert Wednesday on their European tour, saying frontman Eddie Vedder would not be able to perform after smoke from wildfires in France damaged his vocal cords.

The Austria show would have been the 14th date of the 17-show tour, which began in June and was set to end next week.

“To all those who were anticipating a great Pearl Jam show tonight in Vienna, we were too,” the band said in a statement. “However, due to the extreme circumstances at the last outdoor site outside of Paris (heat, dust, and smoke from the fires) our singer Ed Vedder’s throat was left damaged. He has seen doctors and had treatment but as of yet, his vocal cords have not recovered.” 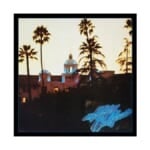 Pearl Jam headlined Lollapalooza Paris on Sunday as wildfires burned out of control in France amid a record-setting European heat wave. The outdoor festival was held at the Hipódromo de Longchamp horse-racing track on the west side of the city, with smoke having drifted north from forest fires in the southwest of France.

“This is brutal news and horrible timing…for everyone involved,” Pearl Jam said in the statement. “Those who work so hard to put on the shows as well as those who give their precious time and energies to attend.”

The band apologized and said tickets would be fully refunded.

“As a band, we are deeply sorry and have tried to find options to still play,” the statement said. “And Ed wants to play. There’s just no throat available at this time… So very, very deeply sorry.”

The status of the last three shows of the European tour was uncertain. Pearl Jam was scheduled to play Prague on Friday and Amsterdam on Sunday and Monday.

Pearl Jam is touring Europe between two legs of a North American tour that kicked off in May and was set to end in September.

Strangely, the poster art for their North American tour features a massive plume of black smoke rising ominously behind the band as they play a set, with Vedder looking back toward it. You can see that below. 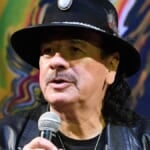