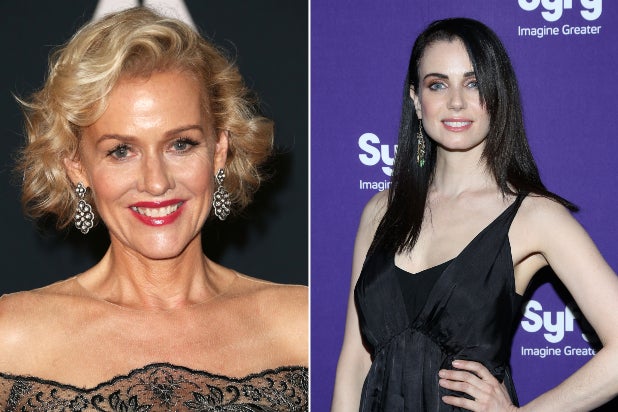 Penelope Ann Miller and Mia Kirshner have been cast in Lifetime’s upcoming film based on the college admissions scandal that saw dozens of wealthy families indicted on fraud charges earlier this year.

Michael Shanks will play Singer in the film.

In the film, Miller and Kirshner star as two wealthy mothers, Caroline (Miller), a sought after interior designer and Bethany (Kirshner), an owner of a successful financial services firm, who share an obsession with getting their teenagers into the best possible college. When charismatic college admissions consultant Rick Singer (Shanks) offers a side door into the prestigious institutions of their dreams, Caroline and Bethany willingly partake with visions of coveted acceptance letters in their heads. But when Singer cooperates with the FBI and pleads guilty, the mothers who risked everything for their kids must face the consequences of their crimes and the loss of trust and respect from their families.

Varsity Films Inc. will produce for Lifetime, with Gail Katz and Howard Braunstein serving as executive producers. Adam Salky will direct from a script by Stephen Tolkin.

Actresses Lori Loughlin and Felicity Huffman were indicted as part of the scandal. Huffman pleaded guilty to one count of conspiracy to commit mail fraud and honest services mail fraud. She has a sentencing hearing scheduled for Sept. 13. Loughlin and her husband, fashion designer Mossimo Giannulli, have pleaded not guilty to the same charge, along with an additional charge for money laundering.