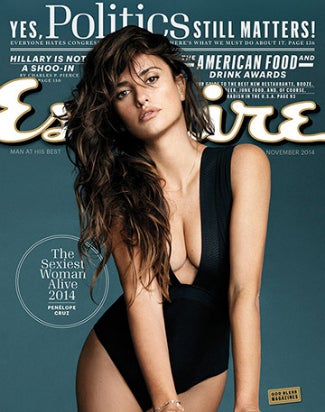 Esquire has named Penelope Cruz as its 2014 “Sexiest Woman Alive,” and it is hard to see anyone having a problem with that choice.

The actress from 2013’s “The Counselor” and 2011’s “Pirates of the Caribbean: On Stranger Tides” graces the cover of Esquire’s November 2014 issue. The contents inside the mag include the requisite photo shoot, of course, but also a woven-in tale of bullfighting in her native Madrid, and an interview with Cruz that proves her to also be 2014’s most private woman alive.

Below are some photos released by Esquire. Click here for more images from the shoot.