Netflix has pulled an episode of its kid-targeted animated series “Maya the Bee” after a mother named Chey Robinson discovered a drawing of a penis in the background of Episode 35.

Robinson posted a video of her findings on Facebook, where it quickly spread, and the streaming service removed the episode sometime on Tuesday.

Netflix did not immediately respond to TheWrap‘s request for comment on the background drawing.

“Please be mindful of what your kids are watching!! I did NOT edit any images whatsoever, this is Maya The Bee, Season 1, Episode 35,” Robinson wrote on the social media website, per The Mirror, including a screen grab of the offending image.

“I know I’m not going crazy and I know that something like this shouldn’t be in a kids’ show whatsoever,” she said in a video available there. “I’m extremely disgusted by it, there should be no reason my kids have to see something like this.”

“I don’t know if they’re gonna like do something about this or what,” continued Robinson, whose Facebook page’s privacy setting did not allow for us to see her full post to share it. “But there’s no reasons why that this should be in this show.”

Here’s a screenshot from Robinson: 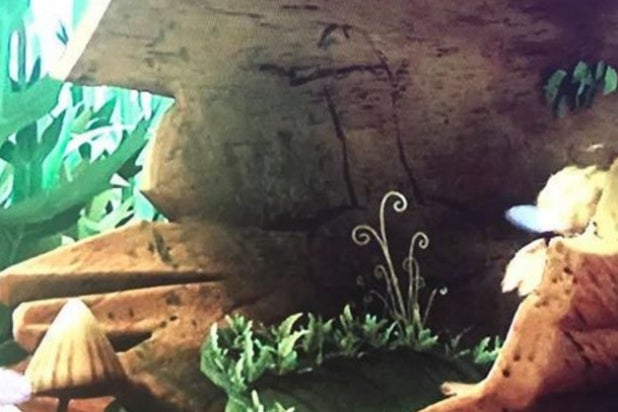