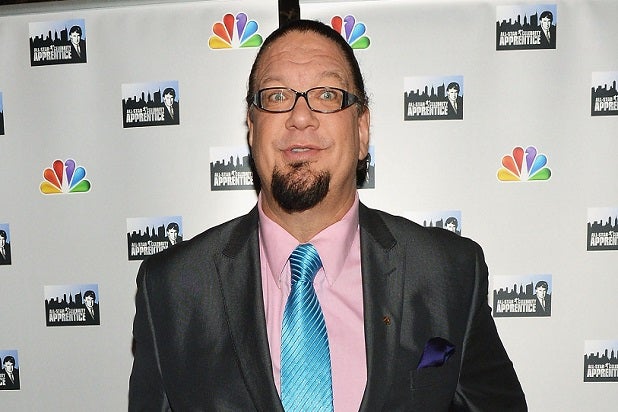 Jillette, half of the magic team Penn & Teller who appeared on “Celebrity Apprentice” in 2012, told Vulture that he was in the room when the then-reality TV host made “racially insensitive things that made me uncomfortable,” but he declined to give any specifics of what Trump actually said at the time.

“If Donald Trump had not become president, I would tell you all the stories,” he said. “But the stakes are now high and I am an unreliable narrator. What I do, as much as anything, is I’m a storyteller.”

“I don’t think he ever said anything in that room like ‘African-Americans are inferior’ or anything about rape or grabbing women,” Jillette went on to explain, “but of those two hours every other day in a room with him, every 10 minutes was fingernails on chalkboard.”

The “Apprentice” tapes have become the Holy Grail of journalism since a former show producer Bill Pruitt first said in October 2016 that there were tapes of Trump using the N-word and other slurs during production of his hit reality TV show. Many news organizations (including TheWrap) have searched for the illusive tapes. But so far no one has been able confirm their existence.

Also Read: Omarosa on Why She Taped Conversations: 'In Trump World, Everyone Lies'

The tapes are once again making headlines thanks to Manigault Newman, who during interviews plugging her book about her time in the Trump White House, said she has heard the tapes herself. Adding fuel to the speculation, Manigault Newman has released surreptitiously recored tapes of conversations she had with White House chief of staff John Kelly and the president.

Jillette did say that Trump would sometimes ask male cast members “if he’d rather have sex with this woman or that woman.”

When asked if Mark Burnett, the creator of “The Apprentice,” had tapes of Trump saying “damaging things,” Jillette said, “Yeah, I was in the room.”

Trump has lashed out at Manigault Newman, calling her “that dog” and “a crazed, crying lowlife” on Twitter.

Also Read: Omarosa: 'I Have Heard the Tape' of Trump 'Saying the N-Word' (Video)

On Monday Trump tweeted that “@MarkBurnettTV called to say that there are NO TAPES of the Apprentice where I used such a terrible and disgusting word as attributed by Wacky and Deranged Omarosa.”