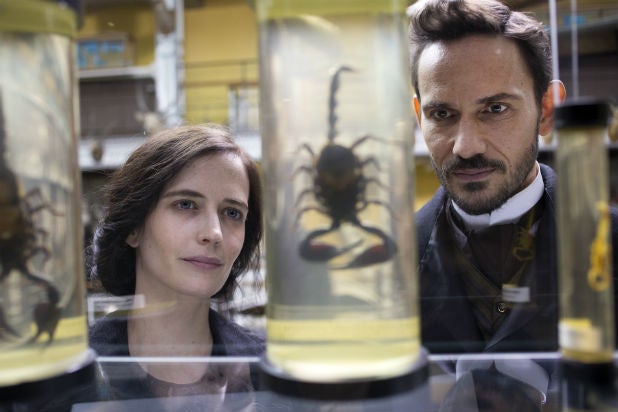 Showtime is offering an early look at Season 3 of “Penny Dreadful” starting today.

This season on “Penny Dreadful,” Tony Award winner Patti LuPone, who guest starred last season as the Cut-Wife, returns as a series regular in the new role of Dr. Seward, an American therapist who treats Vanessa (Eva Green) with an unconventional new approach.

The premiere is also available for download as a free video podcast on iTunes. Viewers can also sample the premiere for free across devices via Hulu, Roku and Sony PlayStation Vue, and the episode can be seen on free On Demand channels, websites and applications, including Comcast’s Xfinity TV, Cox Communications, DirecTV, Dish, Time Warner Cable and Verizon FiOS.

Showtime subscribers can watch the premiere episode on Showtime On Demand, Showtime Anytime and the Showtime website, the stand-alone streaming service available through Amazon, Apple, Google and Roku, as well as through Amazon Prime Video, Hulu and Sony PlayStation Vue.

Other guest stars this season include Christian Camargo as Dr. Alexander Sweet, a zoologist who strikes up an unlikely friendship with Vanessa; Sam Barnett as Dr. Seward’s mysterious young secretary; Jessica Barden as Justine, a young acolyte to Lily (Billie Piper) and Dorian Gray (Reeve Carney); and Perdita Weeks as Catriona Hartdegan, a scholar with expert knowledge of the supernatural.

A co-production with Showtime and Sky, “Penny Dreadful” is executive produced by John Logan for Desert Wolf Productions, along with Oscar winner Sam Mendes and Pippa Harris, both of Neal Street Productions, and Karen Richards