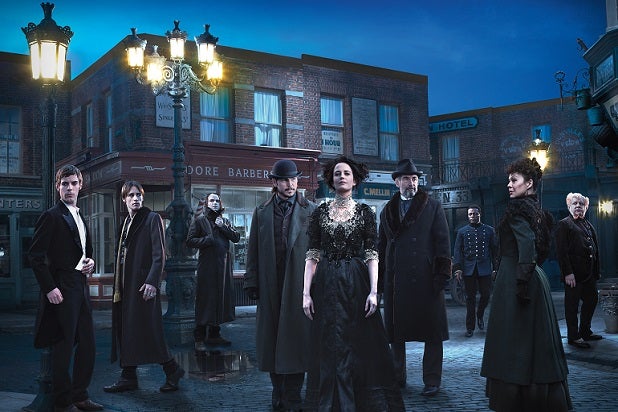 Get ready for more spooky thrills courtesy of “Penny Dreadful.”

Showtime has ordered a third season of the drama. The nine-episode season will premiere next year.

The current second season of “Penny Dreadful” wraps up with its finale July 5.

The series, which counts Eva Green, Josh Hartnett and Timothy Dalton among its stars, envisions a world where characters from fictional works including “The Picture of Dorian Gray,” “Dracula” and “Frankenstein” intersect.

Season 3 of “Penny Dreadful,” a co-production of Showtime and Sky Atlantic, will once again shoot on location in Dublin, Ireland.

“[Series creator] John Logan‘s brilliant writing and this amazingly talented ensemble continue to draw a passionate, global fan base into the meticulously crafted world of ‘Penny Dreadful,'” Showtime Networks president David Nevins said of the renewal. “Together with our wonderful partners at Sky Atlantic, we’re excited to see what new haunts John and his team have in store for Season 3.”

Added Sky Atlantic director Zai Bennett, “‘Penny Dreadful’ is the perfect fit for Sky Atlantic; truly international in scale and ambition, but with a raft of British talent at its core, and filmed in the Republic of Ireland. I’m thrilled to have the series returning to the channel, and to once again be partnering with John Logan and continuing to work with our good friends at Showtime.”