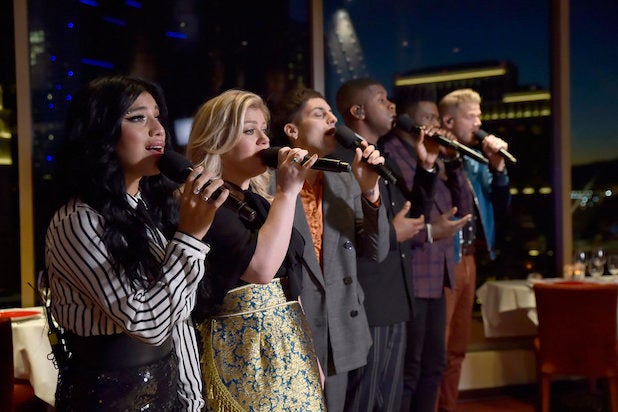 Pentatonix may be amazing, musically, but the a cappella group simply does not have the audience that John Legend and Chrissy Teigen do. Or at least, they didn’t last night.

NBC’s “Pentatonix: A Not So Silent Night” special averaged a 0.7 rating and 3.4 million total viewers. On Nov. 28, NBC’s “A Legendary Christmas With John and Chrissy” had a 0.8 rating and 4.4 million viewers. Both specials aired at 10 p.m. The latter followed NBC’s Christmas Tree Lighting, while last night’s special aired after “The Voice.”

With Part 2 of its “Elseworlds” crossover, The CW managed to top Fox among adults 18-49 on Monday. Of course, Fox aired all reruns.

NBC was first in ratings on Monday with a 1.2 rating/5 share in the advertiser-coveted 18-49 demographic and in total viewers with an average of 6.8 million, according to preliminary numbers. “The Voice” at 8 p.m. posted a 1.4/5 and 8.4 million viewers. Pentatonix’s turn to celebrate the holidays followed.

Fox was fifth in ratings with a 0.5/2 and fourth in viewers with 2.3 million.

Telemundo was seventh in ratings with a 0.3/1 and in viewers with 1.1 million.