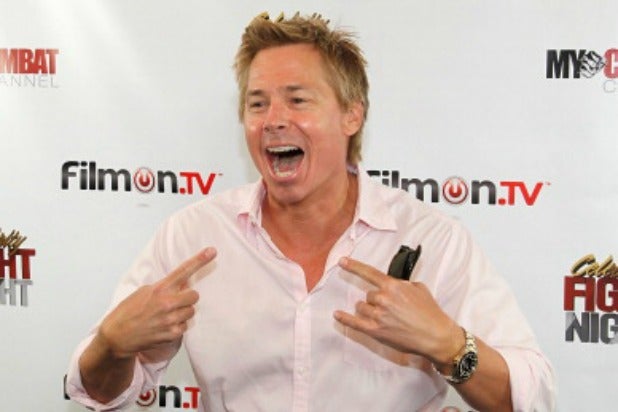 Kato Kaelin would like to set the record straight: FX’s upcoming “American Crime Story: The People v. O.J. Simpson” gets plenty wrong about his stay at Simpson’s home.

Kaelin, a house guest of Simpson’s and a witness at Simpson’s murder trial, offered a semi-blistering review of  the anthology series — or a least its first episode — for the New York Daily News, calling out what he claimed were numerous inaccuracies.

Although the public’s hunger for “the truth” combined with a star-studded cast, including John Travolta (as lawyer Robert Shapiro) and Cuba Gooding Jr. (as O.J. Simpson) will make this must-see tv, I’m convinced this is still just one man’s version of the truth,” Kaelin says in the review.

Among Kaelin’s gripes: That the series depicts three detectives knocking at Kaelin’s door, instead of the four that Kaelin claims were there. He also said that he never walked detectives out back where they would find the now-notorious bloody glove, but rather informed them that he heard “a loud thump coming from my back wall, which I dismissed as an earthquake.”

Perhaps worst of all, Kaelin said he was inaccurately portrayed as a carnivore in the series, which premieres Feb. 2.

“In another scene, Billy Magnussen, who portrays me, is eating a hamburger and O.J. asked about his love for burgers, which hints to an alibi,” Kaelin said. “In real life, I stopped eating red meat in 1983.”

Kaelin, who became the subject of headlines as well as punchlines during the trial, added, “Perhaps a small detail to some of you, but it makes me wonder if they can’t get the facts right, how much creative license will the series take on other parts of the story that can’t be corroborated.”