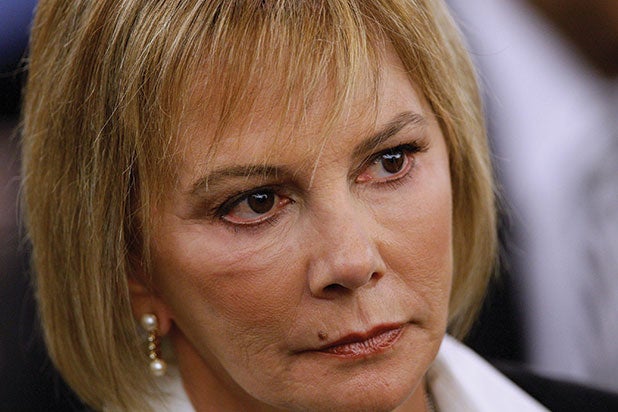 “The People v. O.J. Simpson: American Crime Story” is one of the most highly anticipated TV shows of 2016, but the woman who led the prosecution in real life has been dreading the prospect of “reliving the nightmare.”

“I saw the first two episodes,” Marcia Clark, who is played Sarah Paulson on the FX miniseries, wrote in a New York Post op-ed. “Reliving the nightmare of the O.J. Simpson trial is something I hoped never to do again. It was such a heartbreaking, horrific crime. And the case was out of control from Day One. Then it got crazier. Every day.”

Clark explained that she initially did not want the series to be made, but was excited to be played by Paulson, a casting decision she referred to as “a silver lining.”

“When I first heard this series was happening, I was like, ‘Please don’t let it happen.’ When I heard it was Sarah Paulson playing me, it was an honor,” Clark wrote. “I’ve been a fan of hers for years. So there was a silver lining. And Ryan Murphy directing? I thought, if it has to happen, at least I got the best.”

Clark also revealed what the series got right, and what was heavily dramatized.

“I had to keep reminding myself that the show was a dramatization,” she said. “The truth was crazy enough. We don’t need to embellish. There was never a discussion of the death penalty [for Simpson]. That’s in the show. We never talked about it. They’d have to do a great deal more than Simpson did [to get the death penalty]. And [District Attorney] Gil [Garcetti] didn’t force me to take [Clark’s assistant prosecutor] Bill Hodgman. I would never have been able to try the case myself.”

Also Read: 'People v OJ Simpson' Has Too Much Kato Kaelin, According to Kato Kaelin

Based on the Jeffrey Toobin book “The Run of His Life: The People v. O.J. Simpson,” the miniseries is a look at the O.J. Simpson trial from the perspective of the lawyers. It explores the chaotic behind-the-scenes dealings and maneuvering on both sides of the court, and how a combination of prosecution overconfidence, defense shrewdness, and the LAPD’s history with the city’s African-American community gave a jury enough reasonable doubt to acquit Simpson.

Clark admitted she tried to “sit back and appreciate the brilliance of the performers,” but one thing kept haunting her.

“I kept coming back to the idea that two people are dead,” Clark wrote. “Ron Goldman and Nicole Brown Simpson. It was pretty hard sitting through the first two episodes. Whatever you think of [OJ] Simpson, the murderer walked away. No one ​was brought to justice. And that will never — never — be OK with me.”