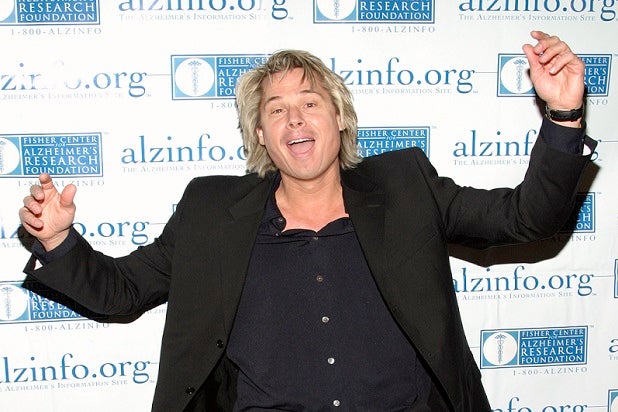 Kato Kaelin has a beef with FX’s new miniseries “The People v. O.J. Simpson”: There’s too much of him in it.

Kaelin, who became the subject of headlines along with punchlines thanks to his role as a witness during Simpson’s 2005 murder trial, has weighed in on the second episode of the series via the New York Daily News.

His critique: He’s in it too much. And he doesn’t think much of the wig that his small-screen doppelganger wears in it either.

“I have often said that the media made me out to be a bigger player in this drama than I ever was, and ‘American Crime Story: The People v. O.J. Simpson’ couldn’t pass up on that either,” Kaelin quipped at the beginning of his assessment.

Kaelin, who’s played by Billy Magnussen in the miniseries, went on to criticize “that god-awful wig” that Magnussen wears. But his biggest bone of contention is that “there’s too much Kato Kaelin in this series-even for Kato Kaelin’s taste!”

SPOILER ALERT: Do not read any further if you don’t want Kato Kaelin to tell you what happens in the second episode of the FX series.

Among Kaelin’s griped about Episode 2: He’s shown sitting with Simpson’s family while defense attorney Robert Kardashian says that Simpson has killed himself and reads the so-called suicide note. Kaelin, who became the world’s most famous houseguest thanks to the publicity surrounding the trial, contends that he wasn’t present for the events depicted in the scene.

“I was never there. Did that actually happen? I don’t know. I just know I wasn’t there,” Kaelin wrote.

He continued, “That also means I wasn’t there when gun-toting SWAT officers stormed the house and ordered everyone out. Magnussen, aka Kato, is the first to flamboyantly flee.”

Kaelin gave “The People v. O.J. Simpson” props for artfully using archival news footage — but says that might lead viewers to confuse the boundaries between fact and fiction.

“The series does a good job using actual news footage during the chase, and I’m afraid a whole new generation will be watching this as a documentary rather than a drama,” Kaelin wrote.

Tuesday’s premiere of “The People v O.J. Simpson” — which stars Cuba Gooding Jr. as the NFL star-turned-murder suspect — racked up 5.1 million total viewers for FX, making it the most-watched cable program in primetime for the night.