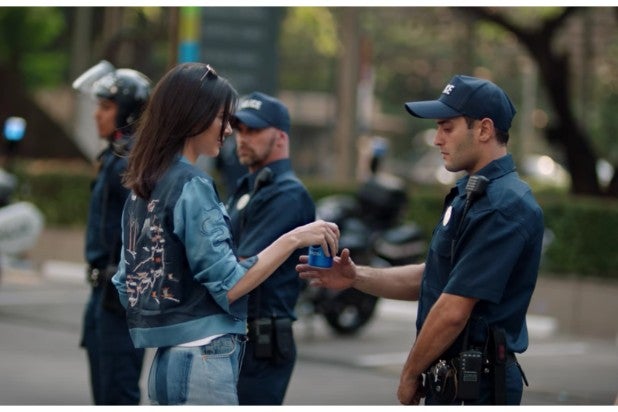 Pepsi has put out a casting call for a new event video, just a day after pulling its widely panned ad starring Kendall Jenner.

According to New York Daily News, a casting call was posted on Backstage asking for actors to participate in a shoot for an “event video” scheduled on Saturday. The ad, which no longer appears on the website, calls for people from “a mix of different cultural backgrounds and walks of life.”

The casting call asks for “approachable and real” performers age 16 to 20 — including LGBT people and “someone from the inner-city.” They should come expecting “to dance, hug a stranger, or do something silly,” according to the paper.

A spokesperson for PepsiCo told the Daily News that the video will be promoting IZZE Fusions, a juice brand targeting younger consumers, and not Pepsi itself.

On Wednesday, the company issued an apology for a Pepsi advertisement starring Kendall Jenner, which sees the model abandoning a photo shoot and bringing peace to a raucous protest scene by handing a police officer a can of Pepsi.

“Pepsi was trying to project a global message of unity, peace and understanding,” the company said in the statement. “Clearly we missed the mark, and we apologize. We did not intend to make light of any serious issue. We are pulling the content and halting any further rollout. We also apologize for putting Kendall Jenner in this position.”