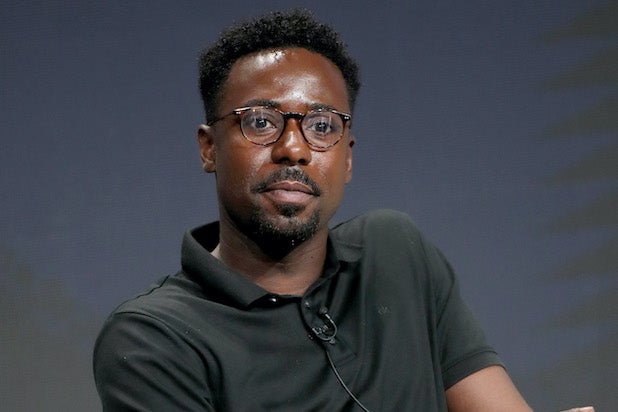 Based on William Gibson’s novel of the same name, “The Peripheral” is a “hallucinatory glimpse into the fate of mankind — and what lies beyond.”

Carr will star on the Amazon Prime Video drama as Wilf, a publicist living in the 22nd century. The show alternates between his perspective and that of Flynne (played by Moretz), “a woman trying to hold together the pieces of her broken family in a forgotten corner of tomorrow’s America. Flynne is smart, ambitious, and doomed. She has no future. Until the future comes calling for her.”

Scott B. Smith (“A Simple Plan”) created the series and will executive produce and serve as co-showrunner with Greg Plageman. Other executive producers on “The Peripheral” include Nolan, Joy, Vincenzo Natali, Athena Wickham and Steven Hoban. Natali will direct the pilot.

“The Peripheral” is the first series for Nolan and Joy for Amazon Studios, which signed the two to a mega overall deal last year, and Warner Bros. Television — the studio where the couple used to have an overall deal — in association with the “Westworld” creators’ Kilter Films production banner. The duo still has an adaption of Michael Crichton’s “Sphere” set at HBO under their prior deal.

Carr’s recent TV credits include Amazon’s “Modern Love,” HBO’s “The Deuce,” the BBC 2/HBO Max series “Trigonometry,” CBS All Access’ “The Good Fight,” “Downton Abbey,” and “Death in Paradise.” On the film side, Carr appeared in “21 Bridges” with Chadwick Boseman and played trumpet player Buddy Bolden in the movie “Bolden.”

He is repped by ICM Partners, Anonymous Content and Markham Froggett and Irwin in the UK.