The rise of Netflix is often cited as a driving force behind the “binge viewing” fad. Indeed, Netflix subscribers are known for their dedicated consumption, often sitting down for multiple hours at a time to watch past episodes of shows like “Breaking Bad.”

Now, with the introduction of live-streaming apps like Periscope and Meerkat, we may need to address a new fad: binge broadcasting. Speaking Thursday at Re/code’s Code Conference in Rancho Palos Verdes, Calif., Periscope CEO Kayvon Beykpour said that people using the live-streaming app have created 380 years’ worth of broadcasts in the eight weeks since Periscope launched.

While he didn’t divulge how many people are using the app, that figure suggests that Persicope is amassing an army of global broadcasters. But will its busiest users still have time to watch traditional television? The answer may depend on how much TV migrates to live-streaming apps. As Beykpour noted at the Code Conference, some of the broadcasters creating original content on Periscope come from the world of traditional media — heavyweights like Oprah and Ellen.

For the most part, though, big media continues to distribute content in the traditional way, treating live-streaming apps as a complementary viewing option (behind-the-scenes looks at their bread-and-butter broadcasts, “Ask Me Anything” sessions for top talent, etc.). That content, however, is competing with live streams generated by people who likely didn’t consider themselves broadcasters a few months ago. There are only so many hours in the day for this new group of broadcasters to devote to traditional TV viewing.

One factor to watch is the addictive nature of live-streaming apps. Periscope’s power users are spending what amounts to hours of their time each day, broadcasting snippets from their lives. At this point, we don’t know how many people fall into the “obsessed” category, but we do know it’s easier to put down a remote control than a smartphone.

Given the ubiquity of smartphones — venture capitalist Mary Meeker noted earlier this week that there were 5.2 billion mobile phone users in 2014, or 73 percent of the world’s population — binge broadcasting could pose a bigger threat than even Netflix to traditional TV. 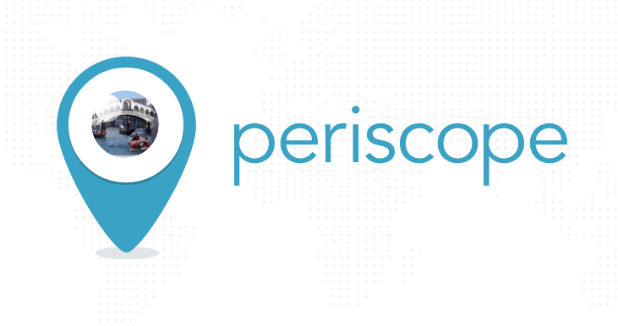 Jon Erlichman is Los Angeles based television & print journalist, covering media, entertainment & technology. Most recently, Jon served as a correspondent for ABC News and as a contributor for HLN. Previously, he served as Senior West Coast Correspondent for Bloomberg Television & Bloomberg News. Jon was first to report Satya Nadella would be the new CEO of Microsoft. He also broke stories on Apple, Twitter, Netflix, AMC Networks & BuzzFeed. On television, he has interviewed a wide range of executives & creators, including Bob Iger, Barry Diller, Sergey Brin, Mark Zuckerberg, Oliver Stone, Vince Vaughn, Mike Judge, Kobe Bryant, Usher, Ryan Seacrest, Stan Lee, & Arianna Huffington. He was named one of the "100 tech people you have to follow on Twitter" by Business Insider.
The essential source
for entertainment insiders