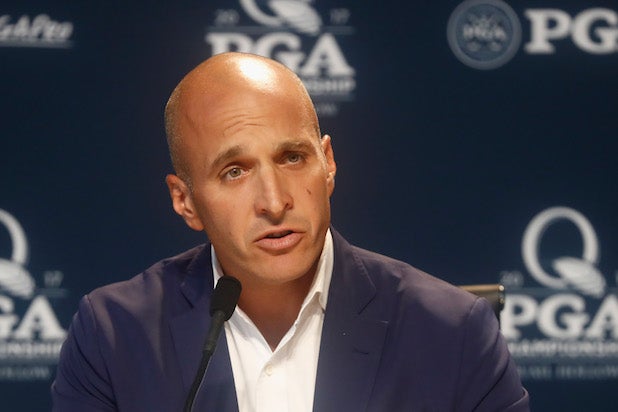 Pete Bevacqua has been promoted to chairman of NBC Sports Group.

With the promotion, Bevacqua becomes only the third chairman in the Group’s history, along with Mark Lazarus and Dick Ebersol. Lazarus has since risen up NBCUniversal’s corporate depth chart, where he serves as chairman of NBCU television and  streaming. Bevacqua joined NBCUniversal in September 2018 as President, NBC Sports Group, overseeing programming, marketing, digital, the NBC Sports Regional Networks, and all Golf businesses. In February 2019, Bevacqua assumed oversight of the entire sports division.

Under Bevacqua, NBC Sports renewed its PGA Tour deal for nine more years and acquired one of the new NFL Wild Card games as part of its expanded playoffs this season, which will simulcast on Peacock (along with NBC). In June, NBC Sports re-acquired the rest of the media rights for golf’s U.S. Open through 2026, buying out the rest of Fox’s deal.

“In his time with NBC Sports, Pete has been exceptional working with our league and organizational partners, as well as in collaboration with other NBCUniversal leaders to strengthen our sports production and overall business in a challenging environment,” Lazarus said.

Prior to joining NBC Sports Group, Bevacqua served as CEO of the PGA of America from 2012-2018.