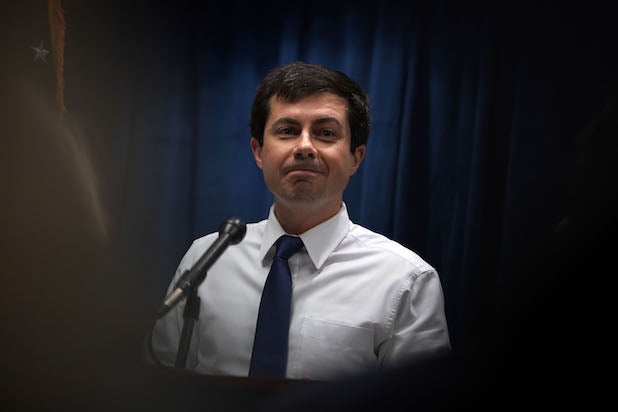 Presidential hopeful Pete Buttigieg called out Fox News for allowing voices on the network to “uncritically amplify hate,” but also has explained in a Saturday statement why he is still committed to going through with a town hall on the network that is scheduled for Sunday evening.

“I strongly condemn the voices on Fox and in the media which uncritically amplify hate and the divisive sort of politics which gave rise to this presidency,” Buttigieg said in an email to supporters Saturday. “Their goal is to spread fear and lies, not serve as honest brokers with the American people.”

“But just became many of these opinion hosts don’t operate in good faith, it doesn’t mean there aren’t Fox viewers tuning in in good faith,” he continued. “If we ignore the viewers of Fox News and every news platform that doesn’t share our worldview, we will surrender our ability to speak directly to millions of American voters.”

The message looks to respond to both supporters who want the South Bend mayor to engage in outreach to new voters, and party activists who want to totally boycott the network. Though Buttigieg is extending an olive branch to Fox News, he has shown that there are limits to his outreach.

Despite a “be everywhere” strategy outlined by his communications adviser Lis Smith, the mayor turned down an invitation from Dave Rubin to appear on his popular YouTube show over objections from liberal activists (including writers from Vox and HuffPost) stemming from Rubin’s decision to interview right wing figures like Mike Cernovich and James O’Keefe.

“I doubt @PeteButtigieg had anything to do with it, but his PR team really dropped the ball. They caved to the progressive outrage mob. That’s what Media Matters, Vox and HuffPo trade in. It’s all they’ve got,” Rubin said after the fact. “If I’m too controversial to talk to we’re in big trouble.”

“I love town halls. I’ve done more than 70 since January, and I’m glad to have a television audience be a part of them. Fox News has invited me to do a town hall, but I’m turning them down — here’s why,” Warren said in a Twitter thread Tuesday. “Fox News is a hate-for-profit racket that gives a megaphone to racists and conspiracists — it’s designed to turn us against each other, risking life and death consequences, to provide cover for the corruption that’s rotting our government and hollowing out our middle class.”

Fox News did not immediately respond to request for comment from TheWrap.