“Saturday Night Live” Pete Davidson is working on a comedy series for Universal Television, where he would star as “himself,” TheWrap has learned.

According to Deadline, which first reported the news, the series is currently titled “Bupkis” and its being pitched at streaming services. Davidson is said to be penning the series with Dave Sirius (“SNL,” “The King of Staten Island”) and Judah Miller (Pete Holmes’ “Crashing”).

Specifically, the show would hail from Lorne Michael’s Broadway Video, which is under a deal with Universal TV. 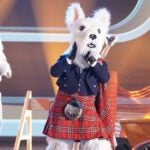 Over the years, Michaels has produced many shows from his “SNL” talent roster including “30 Rock” (with Tina Fey), “MacGruber” (with Will Forte and Kristen Wiig), “Kenan,” starring Kenan Thompson, and “Schmigadoon!” with Cecily Strong.

Davidson joined “SNL” in 2014 and is currently in his eight season.

TheWrap has reached out to a rep for Universal Television for comment.