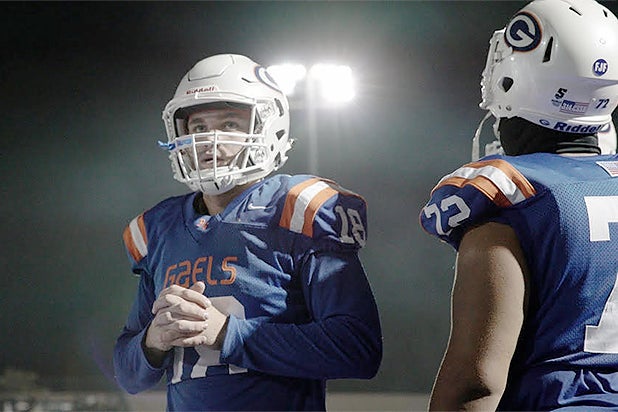 Peter Berg’s high school football docu-series “QB1: Beyond the Lights” has been set for a Feb. 15 premiere date on Verizon’s go90 network.

“This is most certainly a passion project for me and everyone involved in QB1,” Berg said in a statement. “It’s intimate and soulful and takes us deep inside the hearts and minds of these young men who are faced with an unknown future – one that is filled with anticipation, anxiety, excitement and fear.

“And yet, they need to be fearless in the face of it all to succeed,” he continued. “It’s the kind of narrative that pulls no punches, and I am proud to tell these personal and very compelling stories.”

The 10-part series profiles three athletes, each committed to NCAA Division I Football programs, who are entering their final year before they leave behind the families, friends and teams who have supported them since the beginning of their journeys, in pursuit of furthering their dreams. The series is described as an intimate look at the quest for the American dream, as seen through the lens of the nation’s top high school quarterbacks aspiring for NFL greatness.

Berg perviously directed the sports drama “Friday Night Lights” in 2004, which documented the coach and players of a high school football team in the Texas city of Odessa. It went on to be developed into an NBC drama starring Kyle Chandler, Taylor Kitsch and Minka Kelly.