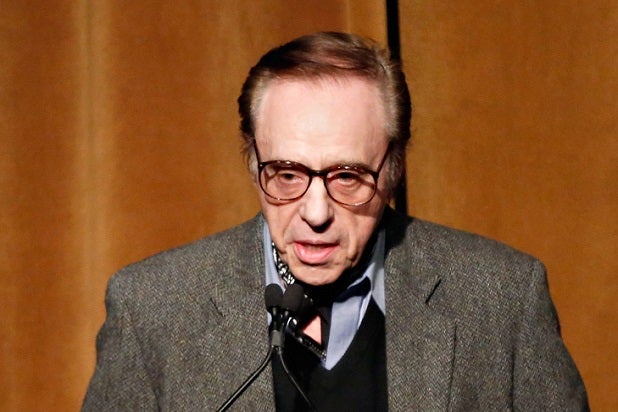 “The Last Picture Show” director Peter Bogdanovich will explore the story of the first picture shows for his next project.

Bogdanovich has signed on to direct a TV miniseries adaptation of Edward Ball’s 2013 book “The Inventor and the Tycoon: A Gilded Age Murder and the Birth of Moving Pictures.”

The book explores the true story of motion-picture pioneer Edward Muybridge and industrialist-politician Leland Stanford, and their effect on the early days of cinema.

Bodganovich called “The Inventor and the Tycoon” a “fascinating story about the origins of cinema/beginning of movies and the amazing series of coincidences that led to that creation.”

Also read: Bogdanovich: I Was the Son of Frankenstein

Added Cohen, “We are thrilled that Peter Bogdanovich will direct this exciting project. He is truly one of the major figures of modern American cinema, and this exceptional story is tailor-made for him.”

Set in frontier-era California, Ball’s book explores how Muybridge — a murderer as well a technological pioneer — and his patron Stanford teamed to launch the age of visual media.

“Part of the screen art of Peter Bogdanovich is to make the American past look beautiful, feel intense, and to people it with rare characters,” Ball said of the adaptation. “Between Edward Muybridge, the murderer who gave us motion pictures, and Leland Stanford, the robber baron made in Gold Rush California, this 19th-century story has big American aura suited to his hands, and to CMG’s program for memorable, ambitious television.”