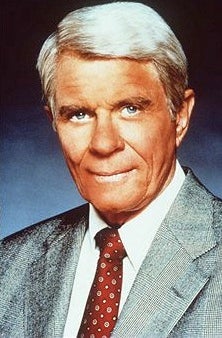 Peter Graves, the ringleader of TV’s “Mission: Impossible” spies who later played against type to great success in the airliner-in-trouble farce “Airplane!," has died. He was 83.

His publicist Sandy Brokaw said Graves, whose 84th birthday was coming up this week, was stricken with a heart attack Sunday outside his Pacific Palisades home.

Graves played the cool-headed leader of a special agent group in the "Mission: Impossible" TV series  from 1967 to 1973, then turned his straight-man image on its head as a bumbling airline pilot in the disaster-movie sendup "Airplane!"

The Minneapolis-born Graves adopted his grandfather’s last name so the two actors would not be confused.

More recently, Graves was host of the PBS series "Discover: The World of Science" and A&E’s "Biography." He is survived by his wife Joan, their three daughters, and six grandchildren.