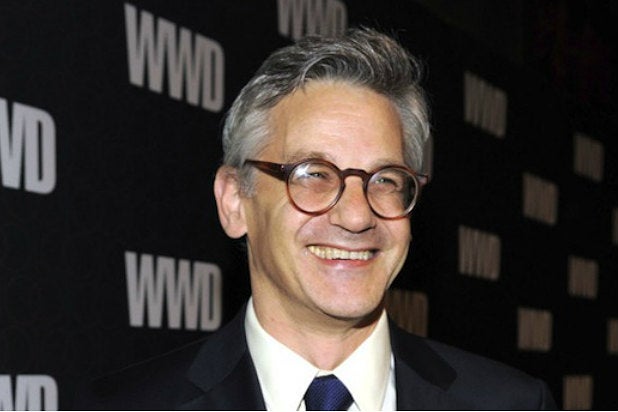 Peter Kaplan, the giant editor of the tiny but influential New York Observer, is dead at 59.

His brother James told the New York Times that Kaplan had succumbed to cancer.

Kaplan was a force in New York editing circles, and in the 1990s turned the Observer into a smart, must-read for all insiders in media and Manhattanites of a literary bent. Under his pen, the Observer was a precursor to what Gawker became in the age of the Internet, taking on celebrities, the moneyed class and media figures with wit and sharp reporting.

What the Observer never had was money, and Kaplan often saw the talent that he identified go on to bigger gigs at fancier publications. One of his biggest finds, however, was in hiring a freelance writer named Candace Bushnell to write a “Sex and the City” column in the mid-1990s, which became the basis for the hit HBO series.

Founded in 1987 by the investment banker Arthur L. Carter, The Observer, in the words of its website, observer.com, seeks to report on “finance, media, real estate, politics, society, tech and culture with an insider’s perspective, a keen sense of curiosity and a sharp wit.” Published weekly on pinkish paper that in its smoked-salmon hue trumpets Gotham, it reaches a primarily high-income readership.

Appointed in 1994, Mr. Kaplan served the longest term of any Observer editor. During his tenure, the paper featured the work of journalists renowned for a cutting-edge sensibility, among them Joe Conason, now the editor in chief of the political website The National Memo; Nikki Finke, who went on to found the entertainment-industry site now known as Deadline.com; and Choire Sicha, who later helped found The Awl, the current-events site.

He became editor in 1994 and left the paper in 2009, a few years after Jared Kushner became the new owner.

He gave no reason for resigning, but reportedly clashed with Kushner. He said at the time that his next dream job was to figure out how to save journalism. “The Hearsts and the Orson Welles of the new medium are going to be people like the initiators, people like [Steve] Jobs, or people like, God knows who,” he wrote at the time.  “They’re going to be people who rethink what journalism is. I think I can think about it best if I can think about it for a while.”

Much of the Observer staff that he’d hired and trained left in the wake of Kaplan’s departure. He had a stint as editorial director of Fairchild Fashion Group in the wake of his leaving.

The Observer noted Kaplan’s passing by quoting at length Kaplan’s essay on the death of another giant New York editor, Clay Felker, in an essay titled, “Never Hold Your Best Stuff.”

On a personal note, I got to know Kaplan in 2008, when I was building TheWrap, and discovered that the incubator where I was working in New York was in the same building as the Observer. He welcomed me into his office many times and gave me advice about hiring reporters, growing a news publication and generally warned me about the treacherous media landscape. We stayed in touch over the next couple of years, when he gave me recommendations for reporters to hire, and was interested in knowing what I’d learned in building a digital news organization.

He was a legend by then, and I was grateful to know him, even briefly. RIP, Peter Kaplan.