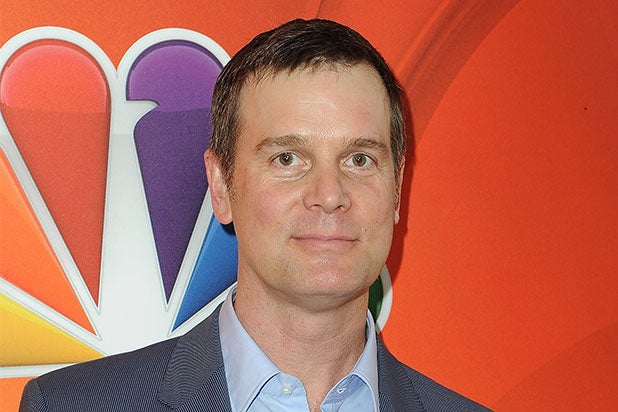 Peter Krause is set to play the male lead in Shonda Rhimes‘ upcoming drama-thriller, “The Catch.”

The “Parenthood” star will take over the role of Kieran Booth, who was played by Damon Dayoub in the pilot. Booth is a successful con man who lives the good life with other people’s money, but when he meets fraud investigator Alice Vaughan (played by Mireille Enos), he might have met his match.

The show follows Enos’ character, whose career was built on exposing fraud.

Other cast members include “One Tree Hill’s” Bethany Joy Lenz, Jacky Ido, Rose Rollins, Alimi Ballard, Jay Hayden and Elvy Yost. However, the role of Zoe, formerly played by Lenz, is also being recast although the slot has not been filled by another actress yet.

Jennifer Schur (“Hannibal”) is writing the script for the drama, and is also serving as executive producer alongside Shonda Rhimes and Betsy Beers. Julie Anne Robinson executive produced and directed the pilot, which will now be re-shot with Krause.

Rhimes is the successful creator of “Grey’s Anatomy,” “Scandal” and “How To Get Away With Murder,” which is also known as “Shondaland” on Thursday nights on ABC.

Shondaland is also the name of the production company Rhimes runs with Beers.

The show is set to air in September on ABC.