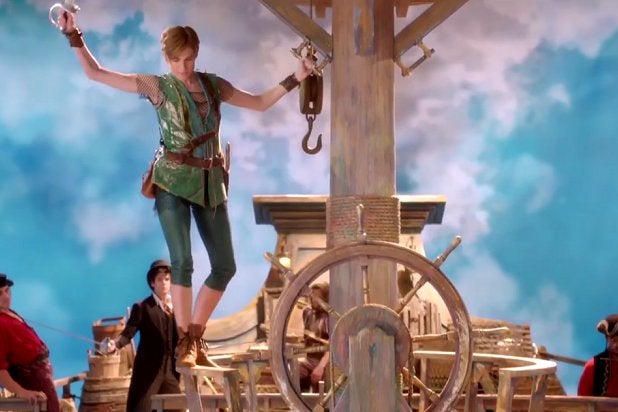 NBC is pleased with “Peter Pan Live’s” early ratings, winning six of six half hours, though admitted on Friday that it was no “Sound of Music Live.”

“Peter Pan Live” pulled in a 5.9 in the metered-market households, the second-highest for a non-sports NBC Thursday in two years. The one that beat it over that span was its predecessor, “The Sound of Music Live,” which crushed it in the very preliminary ratings by a whopping 46 percent.

“The Sound of Music Live” hauled in a massive 10.9 rating in the 56 metered markets last December 5.

Fast national ratings for “Peter Pan Live” are due out around 11 a.m. ET.

“We’re very pleased with the Peter Pan ratings and it was a great night for NBC,” NBC Entertainment chairman, Robert Greenblatt, said in a statement on Friday morning. “We won every hour, which hasn’t happened on Thursday with entertainment programming since a year ago. I’m proud to be part of a company that takes chances and creates big events, and that’s exactly what we’re going to continue to do.”

“We didn’t expect to reach the same rating as ‘The Sound of Music,’ since that was the first live movie event of its kind in over 50 years,” he continued. “But the high wire act of ‘Peter Pan’ was a joy for everyone involved and I take my hat off to Allison Williams, Christopher Walken, the entire company, and our incredible directors and producers for three months of the hardest work I’ve ever seen. I love these live events and we’re already working on putting the next one together.”