Peter Scolari, who co-starred with Tom Hanks on the ’80s sitcom “Bosom Buddies,” has died. He was 66.

Scolari had been battling cancer for two years. His death was confirmed by Ellen Lubin Sanitsky at Wright Entertainment.

On “Bosom Buddies,” Scolari played Henry Desmond/Hildegard, opposite Hanks’ Kip Wilson/Buffy. The show ran for two seasons on ABC and starred the two as a pair of single guys who dress up in drag in order to live in the one apartment they can afford. 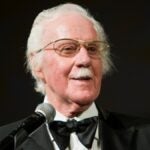 Over his 43-year career, Scolari was also a series regular on “Newhart” as producer Michael Harris, for which he was nominated for multiple Emmys. He won his first and only Emmy in 2016 for his recurring role on HBO’s “Girls” as Ted Horvath, the father of Lena Dunham’s Hanna Horvath. His most recent role was on the CBS/Paramount+ drama “Evil.”

“I knew that Peter was sick, but his death still comes as a great shock. We were friends and colleagues for over 40 years. Julia and Peter, as a vacuous couple (Michael and Stephanie), were an essential part of the success of ‘Newhart,'” Newhart said in a statement. “In life, he was a fantastic person, and it was a joy to work together. He will be sorely missed and his passing at 66 is much too early.”

On the film side, Scolari appeared in “The Polar Express” and had a brief cameo role in “That Thing You Do!,” the latter of which was directed by Hanks. The two were lifelong friends following “Bosom Buddies.”

Scolari also had a lengthy Broadway career in productions like “Hairspray,” “Wicked” and “Bronx Bombers.” He also teamed with Hanks again in 2013’s “Lucky Guy.”