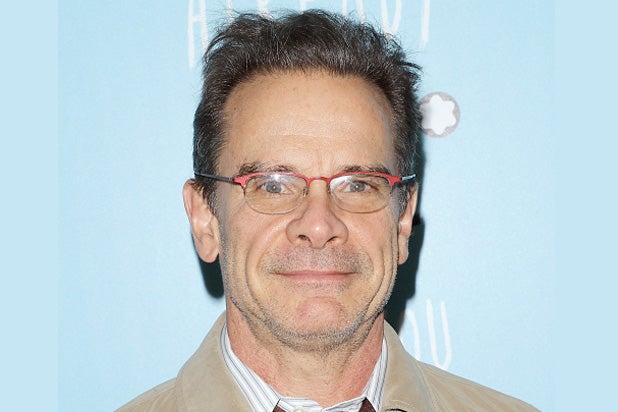 Peter Scolari has been belatedly named a nominee in the Emmys’ Outstanding Guest Actor in a Comedy Series category for his performance on “Girls.”

The move, which was announced by the Television Academy on Thursday, comes one day after Peter McNicol was disqualified for his role on “Veep” — also on HBO — after being originally announced as a nominee in the category.

Scolari finished seventh in the voting — and with McNicol’s disqualification, he will be added to a roster of nominees that also includes Bob Newhart for “The Big Bang Theory,” Tracy Morgan and Larry David for “Saturday Night Live,” Bradley Whitford for “Transparent” and Martin Mull for “Veep.”

The nomination does nothing to change HBO’s overall count, but does represent the only one for “Girls” this season.

The move to add the seventh-place finisher to the roster of nominees stands in contrast to the Motion Picture Academy’s actions after it disqualified the Oscar-nominated song “Alone Yet Not Alone” for campaign violations in 2014. Rather than adding another nominee, the Academy opted to keep the category’s count at four instead of five.

MacNicol fell afoul of a Television Academy rule, new this year, specifying that only actors who have appeared in fewer than 50 percent of a series’ episodes are eligible for the “guest” designation. MacNicol appeared in five of the 10 episodes of “Veep,” which means that he belongs in the Outstanding Supporting Actor in a Comedy Series category, for which he was not submitted.

At the time MacNicol was submitted in the guest category, “Veep” had yet to air all of this season’s episodes. HBO said the show’s producers informed the network that he was only scheduled to appear in four of the season’s episodes, but that number was later raised to five.

The substitution comes well before final voting begins on Aug. 15, and before final-round videos are made available for voters to view on Aug. 8. The only uncomfortable timing for Scolari is the July 21 deadline for placing a “for your consideration” ad in the Television Academy’s Emmy magazine, which is the same day that his nomination was announced.

The guest acting categories will be handed out at one of the two Creative Arts Emmys shows, which will take place on Sept. 10 and 11. The Primetime Emmy Awards will be televised on Sept. 18.