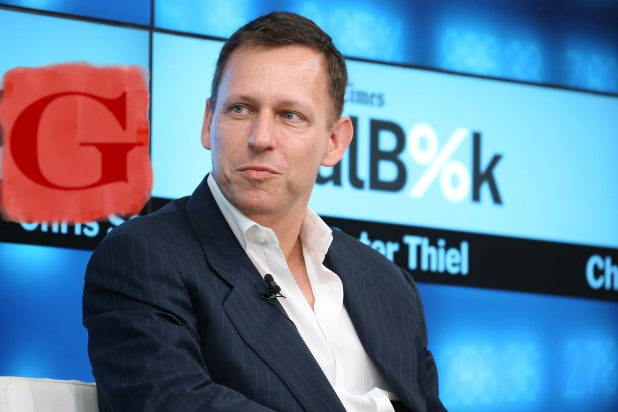 In a wide-ranging interview with the New York Times’ Maureen Dowd on Wednesday, billionaire tech giant Peter Thiel defended his support of President-Elect Donald Trump and offered some characteristically esoteric opinions on everything from Meryl Streep to “Star Wars.”

To a question noting that “President Obama had eight years without any ethical shadiness,” Thiel replied, “But there’s a point where no corruption can be a bad thing. It can mean that things are too boring.”

And in a rapid-fire sidebar, he also agreed with the president-elect that Meryl Streep is “probably very overrated, especially by all the people who are vociferously saying that she’s overrated.”

And he stated a clear preference for “Star Wars” over “Star Trek” in a way that generated much comment on social media.

“I’m a capitalist. ‘Star Wars’ is the capitalist show. ‘Star Trek’ is the communist one,” he told Dowd.

“There is no money in ‘Star Trek’ because you just have the transporter machine that can make anything you need,” he added. “The whole plot of ‘Star’Wars” starts with Han Solo having this debt that he owes and so the plot in ‘Star Wars’ is driven by money.”

The rationale for Thiel’s preference for “Star Wars” sparked an immediate online response, particularly from those who concluded that Jabba the Hutt — the guy to whom Han Solo owed that debt — would emerge in his thinking as one of the franchise’s heroes.

It's telling on multiple levels that Peter Thiel thinks Han Solo's subplot in the original trilogy reflects well on capitalism.

Peter Thiel's model for an ideal capitalist system is Jabba the Hutt pic.twitter.com/pw0nunak8O

peter thiel, angrily fast-forwarding past the part where leia throttles jabba with his own chain

This is AMAZING bc it means Peter Thiel thinks the ultimate hero in STAR WARS is Jabba the Hutt, who has given Han motivation for success. pic.twitter.com/D03rcDsrOa

Someone tell Peter Thiel about the Ferengi.