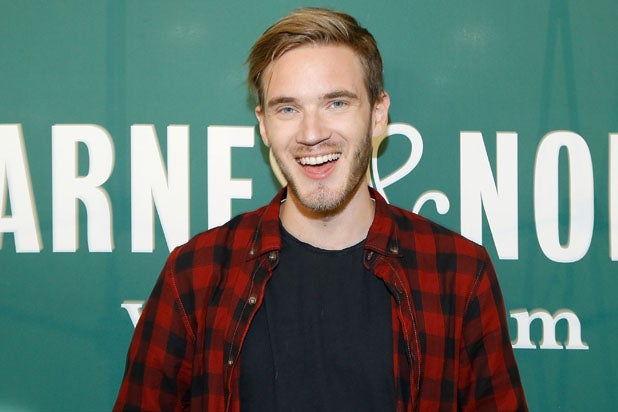 YouTube star PewDiePie expressed his remorse on Friday morning over the lives lost in the New Zealand mosque massacre after he was mentioned by the shooter in video of the attack.

As the man identifying himself as Brenton Tarrant walked onto a Christchurch street following a shooting rampage inside one of the two mosques he targeted, he can be heard saying, “Remember lads, subscribe to PewDiePie,” according to Newsweek. He then opened fire on passersby.

The death toll currently stands at 49 with another 48 people injured, making it in the worst mass shooting in New Zealand’s history.

Also Read: PewDiePie Apologizes for Anti-Semitic Jokes: 'I Admit the Joke Itself Went Too Far' (Video)

PewDiePie, whose real name is Felix Kjellberg, soon tweeted: “Just heard news of the devastating reports from New Zealand Christchurch. I feel absolutely sickened having my name uttered by this person. My heart and thoughts go out to the victims, families and everyone affected by this tragedy.”

The Swedish national, who currently lives in England, boasts more than 89 million YouTube subscribers, thanks in part to a viral “Subscribe to PewDiePie” meme.

However, Kjellberg has suffered backlash in the past after being accused of making anti-Semitic jokes and racial slurs.

Australian-born Tarrant, 28, filmed the attack on social media and was taken into custody, according to the U.K.’s Telegraph. Three other people, two men and a woman, were also taken into custody. Police say explosives were also found attached to vehicles they stopped.

The suspect, dressed in a military-style, camouflage outfit, and carrying an automatic rifle, started randomly shooting people in the Al Noor mosque shortly after 1:40 p.m. local time on Friday.

The New York Times reported that shortly before the attacks began, a man claiming responsibility posted links on Twitter and 8chan to an anti-immigrant manifesto.

The 8chan posting also linked to a Facebook page where, according to the Times, a 17-minute video, taken with what appears to be a helmet camera, showed a man attacking two mosques and shooting an unspecified number of people.