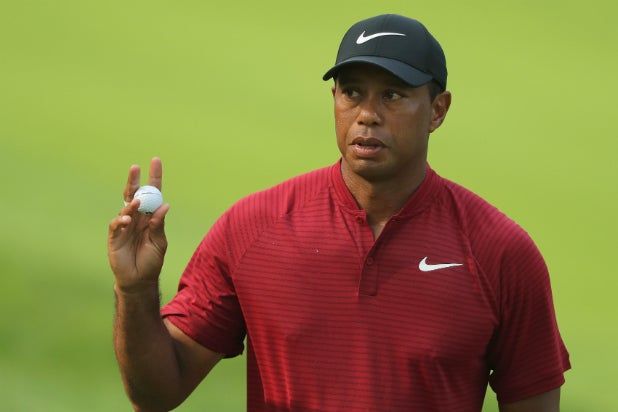 Tiger Woods may not have won on Sunday, but his PGA Championship final round surge sure led CBS to victory. “Big Brother” didn’t let the network down, either.

CBS’ primetime win last night snapped an impressive 10-week Sunday streak for ABC, which airs its game shows to close out the weekend. Who says golf is boring?

Due to the nature of live sports, the below fast-national numbers should be considered subject to significant adjustment for CBS. When all is said and done, CBS should still win in the key 18-49 demographic, but may end up relinquishing its total-viewer lead.

For now, CBS was first in ratings with a 1.0 rating/5 share in the advertiser-coveted 18-49 demographic and in total viewers with an average of 5.4 million, according to preliminary numbers. For the first hour of primetime, which mashed up 20 minutes of golf with newsmagazine show “60 Minutes,” CBS averaged a 1.3/7 and 8.8 million viewers. At 8 p.m., “Big Brother” posted a 1.5/7 and 6.5 million viewers. After a rerun, “Elementary” at 10 closed prime to a 0.4/2 and 3 million viewers.

Univision, Fox and Telemundo tied for fourth in ratings, each with a 0.3. Fox had a 2 share, the Spanish-language nets each got a 1. Univision was fourth in total viewers with 1.1 million, Fox was fifth with 947,000, and Telemundo was sixth with 868,000.