Man, Kylo Ren can be such a dick sometimes.

A series of “Star Wars” pool toys featuring Kylo Ren, Captain Phasma and a stormtrooper have prompted an apology from retail giant Target, after a woman complained about their less-than-wholesome design, Pop Goes the News reports.

“Are we sure these are children’s toys, Target?” Evansville, Indiana, woman Joni Jones wrote to Target via Facebook, with an image of the toys, which are billed as “Dive Characters” and described as “Fun in and out of the pool” on the packaging. “Looks a little questionable to me.”

While some retail companies might disregard the message, brushing it off as a bizarre missive from a lone customer, Target surged into action, notifying Jones that her concern had been duly noted. 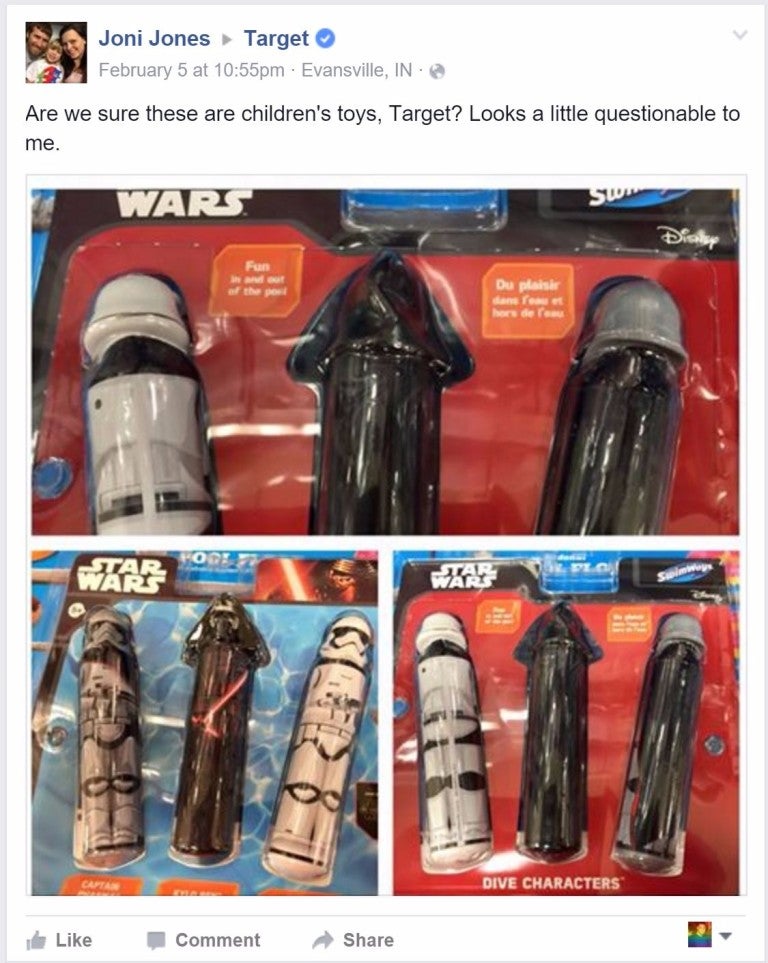 “We apologize for your disappointment,” a Target employee named Stacey wrote. “Occasionally, we carry merchandise that some guests may find objectionable, as was your experience.

“We never want to offend anyone and have shared this with our Merchandise team for review.”

Way to go deep with the customer satisfaction, Target.