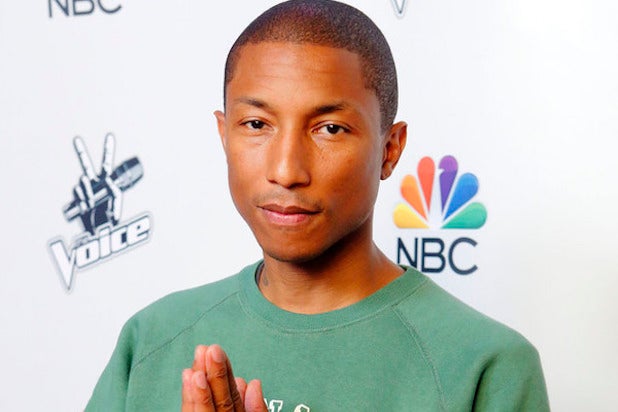 Although Pharrell Williams is only entering his second season of NBC’s “The Voice,” he’s already over addressing why the show hasn’t been able to create a superstar.

“I don’t understand why we have these interviews, and people ask the same question every time,” Williams said during the show’s Season 8 press conference on Monday, alongside fellow coaches Adam Levine, Christina Aguilera and Blake Shelton, which was attended by TheWrap.

The Grammy-winning musician was addressing a line of questioning from a journalist who asked whether it was significant that the show hadn’t produced a star.

“I think it’s because I feel like you’re looking for something,” Williams continued. “And I’d almost rather you just ask Adam [Levine], or whoever it is that you want to know this from, whoever you want to see give you something that you can take back that’s going to really bite and make your bosses excited that you got something good. That’s not why we’re here to do this interview. We’re here to do this interview because we want to explain to you what this is and what it means to us. It’s a gift.”

He would go on to ask the group of journalists, “When’s the last time you gave someone, you know, mentoring or took the time out of your schedule to tutor, and to actually really deal with people’s real emotions?”

In a cooler response to the question about creating stars, Levine admitted that “we want to have that happen” but felt that there are other ways to look at success.

“There’s been plenty of successes to pinpoint,” the Maroon 5 front man reasoned. “But, people really don’t choose to look at that, they choose to look at all the things that haven’t happened yet. But, a lot has happened for a lot of these artists who are all better off and are all at another level of their careers as a result of being on ‘The Voice.'”

Although “The Voice” can brag about attracting more viewers than “American Idol” at this point, one thing the longer-running Fox competition continues to trump the NBC show in is generating superstars. Over its run, “Idol” has created hit makers Kelly Clarkson, Carrie Underwood, Jordyn Sparks, Chris Daughtry and Philip Phillips, among many others.

Over the past few seasons, “The Voice” coaches and producers have tried to steer the attention away from its lack of superstar winners to the process of making the show.

Levine stressed that a lot of elements have to come together at the right moment to make a star, but he’s still hopeful.

“Whether it’s on a television show or it’s on a record label,” he said. “Whatever your scenario is, it’s tough. So, it’s going to happen. I believe ‑‑ I genuinely believe that. I don’t believe that there’s any sort of formula that can guarantee that.”