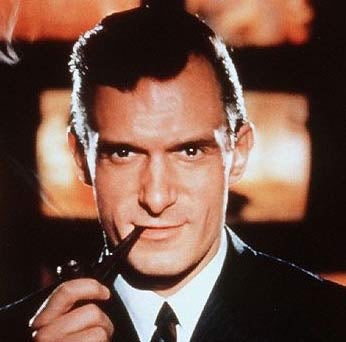 Bunnies, centerfolds and some famous silk pajamas are coming to an art house theater near you.

Phase 4 Films’ has acquired all U.S. rights, and DVD, Video-on-Demand, Pay Per View and Digital Rights in Canada, to the theatrical version of Brigitte Berman’s feature documentary "Hugh Hefner: Playboy, Activist and Rebel." The movie will debut in late Spring 2010, the company announced on Tuesday.

The Hefner documentary centers on the Playboy founder’s battles with the U.S. government, the religious right, and militant feminists over the company’s racy magazines and his support of various elements of the sexual revolution.

“What fascinates me about Hef is that while many know him only as a hedonistic, sensual Playboy and a legendary lover of countless beautiful women, there is a whole other and far more interesting, far sexier side to him as well.," Berman said in a statement. "He is a driven, talented publisher of a groundbreaking magazine who is also a social activist at the forefront of countless progressive causes. Hef took great risks in breaking the color line in his Playboy clubs and TV shows, who defied the blacklist in the McCarthy Fifties decade, fought antiquated and absurd sex laws that regulated private conduct in the nation’s bedrooms, provided legal teams to fight anti-abortion laws that eventually led to Roe vs Wade, and campaigned against censorship and for the individual’s right to freedom of expression on all fronts. For me, this film has it all – sex, glamour, politics, romance, tragedy, and conflicts – and many great surprises about a man people think they know, but don’t really know."

Berman won an Academy Award for her feature documentary “Artie Shaw: Time is all you’ve got.”

In the release announcing the acquisition, Berry Meyerowitz, Phase 4 Films’ president & CEO, said that the movie was a logical follow up to the company’s hit documentary about another famous icon, "Valentino."