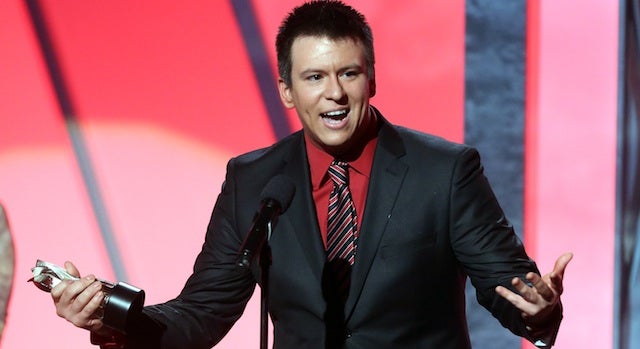 Phil DeFranco has long been one of the most respected creators on YouTube, a kid from the Bronx who started off acting like an asshole — his word choice — before building a miniature empire on the world's largest video platform.

Yet two months ago, Phil DeFranco did what many web-based entrepreneurs dread — he sold his company. DeFranco sold his YouTube channels to Revision3, the online video-focused subsidiary of Discovery Communications and his advertising and distribution home of the past two years.

Though graveyards are filled with innovative companies swallowed by large corporations, DeFranco said Revision3 and Discovery have treated him much like Yahoo is treating Tumblr — they are getting out of the way.

"My experience this entire time has been that they think what I do is special — that I know some special sauce," DeFranco told TheWrap. "50 percent of that is true."

TheWrap spoke with DeFranco on the eve of VidCon, the largest fan convention for the online video industry, about the future of his company and why many of the biggest networks on YouTube will fail.

How has selling your company to Revision3 changed your channels or your approach?
The big thing most people worry about when you get acquired by a big media company is that you won't matter or that someone tells you what to do. They've mostly been enabling me. They think what I do is special — that I know some special sauce. 50 percent of that is true. [Laughs]

Though you sold your company to a network, you've been an outspoken critic of many of YouTube's biggest networks. Why?
You see a bunch of really big organizations taking in a lot of people — it's not even proper to say taking on risk. If you look at the contracts, they aren't good. There aren't benefits to it. They take all these people, make them blow up and take the credit. Some groups are doing it very smart, but I don't see it as profitable. You are always hearing rumors that so-and-so company is looking for investments. It's not a sustainable model.

So what's the first step post-acquisition? You've been pretty quiet.
Up until now it's just been set-up, but a month from now I can start launching channels. We've been building up the infrastructure of the company. We just expanded our offices so we can handle all the people we're adding.

We said we'd launch four channels a year, but we might be able to do four more by the end of the year. We're hiring a few new people for the next channel, and the project after this it'll be close to 10 people.

Do you expect that other YouTubers who operate multiple networks will sell to a larger network like you did?
I know one or two where it would be appropriate. My whole thing is that I have so many ideas. It was fantastic that Google and YouTube threw a giant sack of money at me and said, "Create a channel."

Three months before we pitched SourceFed to Google, I was at a point in my business where I didn't know what I wanted to do. There wasn't enough money and it took the enthusiasm out of the situation. I was at a crossroads where I wanted to build more channels, promote people but couldn't figure out a business model.

But you stuck with it, obviously.
I said, "If we don't get the money from Google I'm going to go back to just being me and just my channel." I'll have one or two people on staff and I'll write a book or make enough money to live comfortably for five years.

Then they picked up the channel. Going through process of getting Joe Bereta, Lee Newton, Elliott Morgan and creating something new — that spark that got me excited again.

How has it changed your relationship with fans?
I want to say this in a way that doesn't sound like 50 percent of YouTubers who fake it. It's a genuine relationship. When I meet people, they say, "I've been watching you since you made videos in black and white." When I thought it was cool and artsy to do that. People have grown up with me.

Earlier in your career you described the character you play as a jerk. Still true?
This is the way my ex-girlfriend explained it to me: At first you played a douche bag, then you became a douche bag then you became a human being. At first I would do characters and just say stuff to get a reaction. If I had not done that, I don't know that I would have ever shown up on YouTube.

Does it unnerve you that your fans know as much about you as they do? Your Wikipedia page even has your dogs' names …
I'm just angry Wikipedia says I'm 5'8." My life is out there I may not be a daily vlogger, but I have conversations with people as me.

You've said often times in the past you were going to quit video blogging. Are you committed for good?
At some point I might stop doing the show as often as I do it, but I always want to be able to talk to people. It's silly for me to actually end it. Most of the times I said that, I was burned out. It's like having a therapist for free. I get to talk about what I'd normally talk about.

There's been a lot of talk about leaving YouTube. Do creators as popular as you really need YouTube?
It does seem like the grass is always greener on other side. You obviously you want to own your audience, but I will always be on YouTube. In future though you could see many YouTubers using it as a promotional tool to push fans to somewhere they can make their own money and control their own audience.

Just remember: if YouTube turns off, how many people's careers would end?