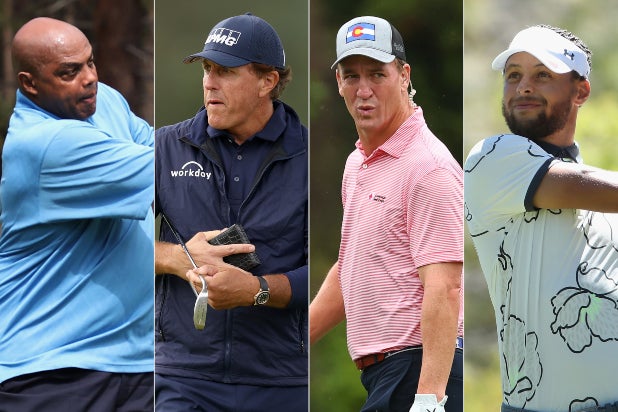 Phil Mickelson won’t have to face Tiger Woods for the third edition of “The Match,” but he’ll also be stuck with a far worse golfing partner.

Mickelson will partner with Charles Barkley for this year’s edition of the now-annual charity matchup, which takes place over the Thanksgiving holiday weekend. Peyton Manning, who won last year’s contest when he partnered with Woods, will return this time but have NBA star Stephen Curry as his teammate.

Unlike last year, TNT will be the sole Turner network to air the match on Friday, Nov. 27. It will start at 3 p.m. ET from the Stone Canyon Golf Club in Oro Valley, Arizona.

“While we may need a handicap for Chuck, I’m looking forward to playing with Peyton and Stephen and to help raise money for another important cause,” Mickelson said. “It’s also going to give fans and viewers an up-close look at Stone Canyon Golf Club, a place that I’m extremely proud of and excited to show how special it is.”

Last year’s event drew 5.8 million across four Turner networks and raised $20 million for COVID-19 pandemic relief funds, including one set up by the American Red Cross. This year’s event, called “The Match: Champions for Change,” will contribute toward and highlight diversity, equality and inclusion through donations to Historically Black Colleges and Universities (HBCUs), while raising awareness and spotlighting opportunities for diversity and equality in sports.