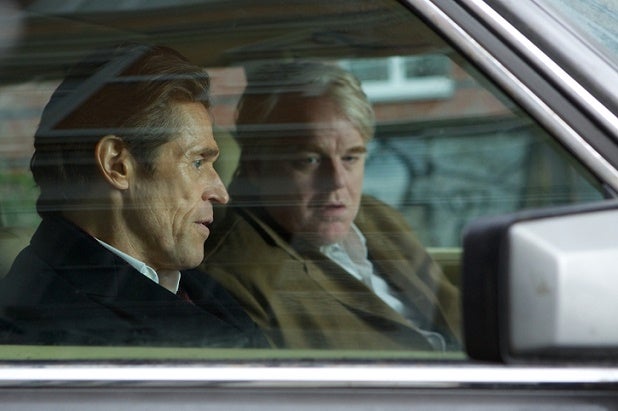 “A Most Wanted Man,” one of the final films of the late Philip Seymour Hoffman, took off in its limited debut and Woody Allen‘s “Magic in the Moonlight” started solidly in its debut this weekend. But Richard Linklater‘s “Boyhood” was nearly as impressive in its expansion.

“A Most Wanted Man” delivered the first top ten opening in the 11-year history of Roadside Attractions, which is distributing the spy thriller based on John le Carre’s novel with Lionsgate.

The cerebral espionage saga, directed by Anton Corbijn and co-starring Rachel McAdams, Willem Dafoe and Robin Wright, opened to $2.7 million from 361 locations. That’s a strong $7,527 per-screen average for “Wanted Man,” which has drawn terrific reviews, particularly for its star Hoffman, who died of a drug overdose in February.

The opening for “A Most Wanted Man” is 20 percent higher than Roadside’s “Mud,” the Matthew McConaughey drama that debuted with $2.2 million on the same number of screens last year and went on to take in $21.5 million. Another encouraging sign was the 59 percent jump it took from Friday to Saturday, suggesting word of mouth will be strong.

“Magic in the Moonlight” averaged $21,114 in its debut in 17 theaters for Sony Pictures Classics. That doesn’t match the glossy limited opening numbers put up by some other recent films directed by Allen, but SPC opted to go with a wider rollout for this comedy-drama starring Emma Stone, Colin Firth and Marcia Gay Harden.

“Boyhood,” filmed over a period of 12 years as a young boy ages from preschool to high school graduation added 73 theaters and brought in $1.7 million over the three days, That’s a strong $16,120 per-screen average from 107 locations, and lifts its domestic total after three weeks to $4.1 million for IFC Films.

“Boyhood” was written and directed by Linklater and stars Patricia Arquette and Ethan Hawke as the parents of newcomer Ellar Coltrane.

“It’s incredibly gratifying that Richard Linklater’s unique accomplishment has become a must see for movie-goers and that they are responding to the film with such passion,” said IFC distribution chief Mark Boxer. “Over the next two weekends, the film will begin an aggressive expansion, supported by strong word of mouth and a national television advertising campaign.”

Also debuting this weekend was “The Fluffy Movie,” a comedy concert film starring stand-up star Gabriel Iglesias. It brought in $1.3 million from 432 theaters, a $3,009 per-screen average for the Open Road Films release.

Focus Features aggressively expanded Zach Braff’s Kickstarter-funded “Wish I Was Here” by 557 locations to 625 theaters. It brought in $1.1 million for a $1,776 per-theater average.

The Dinesh D’Souza documentary “America” lifted its domestic total to $13.2 million after five weeks. It dropped 270 theaters to 760 locations, but still brought in $875,000 for distributor Lionsgate.