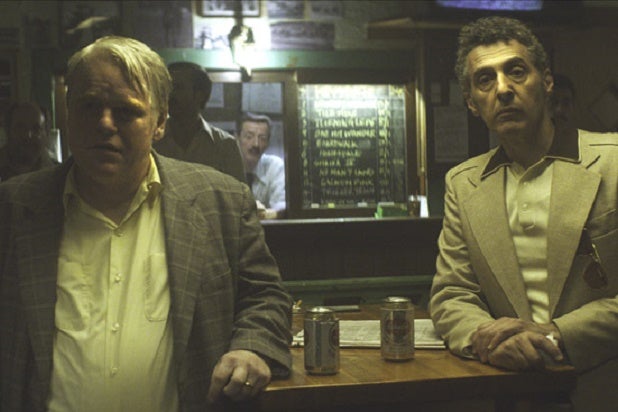 The film is the directorial debut of “Mad Men” director John Slattery, who also co-wrote with Alex Metcalf. It debuted at the Sundance Film Festival in January, where it was acquired by IFC, two weeks before Hoffman was found dead of a drug overdose.

“God’s Pocket” is based on the novel of the same name by Pete Dexter. It tells the story of a man (Hoffman) who tries to cover up the accidental death of his stepson and finds himself in over his head when the boy’s mother comes looking for answers.

Hoffman was at Sundance promoting the movie, which co-stars Richard Jenkins, Christina Hendricks and John Turturro.

IFC will make the film available on video on demand on May 14 after its theatrical debut.