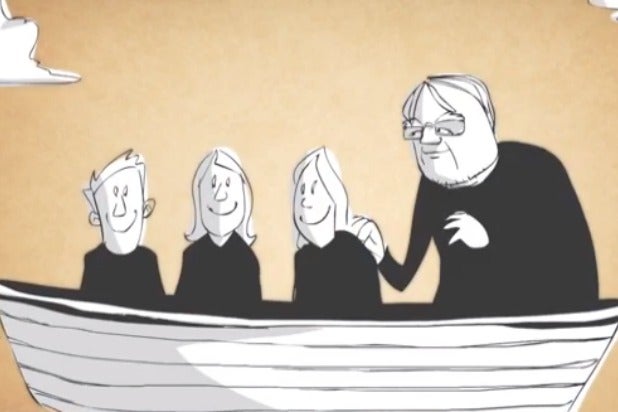 Philip Seymour Hoffman said 13 months before his death by drug overdose that “pleasure is not happiness” — and that anything that brings pleasure brings pain, too.

“There is no pleasure that I haven’t actually made myself sick on,” he says in a new edition of PBS Digital Studios’ “Blank on Blank,” which brings to life old interviews with new animation. Hoffman’s interview with Simon Critchley was recorded at the Rubin Museum of Art on Dec. 22, 2012.

Hoffman, who died Feb. 2 at the age of 46, struggled with heroin in his early 20s, then quit for years before relapsing. The interview gives a tragic look at his search for happiness rather than pleasure, and how he briefly found it in his three children.

“I think I’m happy when I’m with them and they’re okay,” he says.

“Blank on Blank” was created by David Gerlach.