Phoebe Waller-Bridge and Fiona Shaw have joined the cast of an untitled comedy that John Krasinski is writing, directing and starring in at Paramount, an individual with knowledge told TheWrap.

The film, first announced in 2019, also stars Ryan Reynolds. Plot details are being kept under wraps, but the film is based on an original idea by Krasinski and is about a child’s journey to rediscover their imagination.

Paramount has dated the untitled film for a theatrical release on November 17, 2023. A source says that the film is expected to begin shooting in summer 2022. 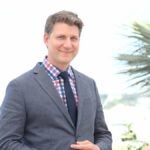 Phoebe Waller-Bridge is one of the writers on “No Time To Die” and is best known for her work on “Fleabag.” She’ll next be seen in “Indiana Jones 5.” Waller-Bridge is represented by UTA, Independent Talent, Hatton McEwan Penford and Ziffren Brittenham LLP.

Shaw is also reuniting with Waller-Bridge after having guested on “Fleabag” and for starring in Waller-Bridge’s “Killing Eve.” Next up she’ll star in the “Andor” Star Wars series for Disney+. She’s represented by ICM Partners and Independent Talent Group in the UK