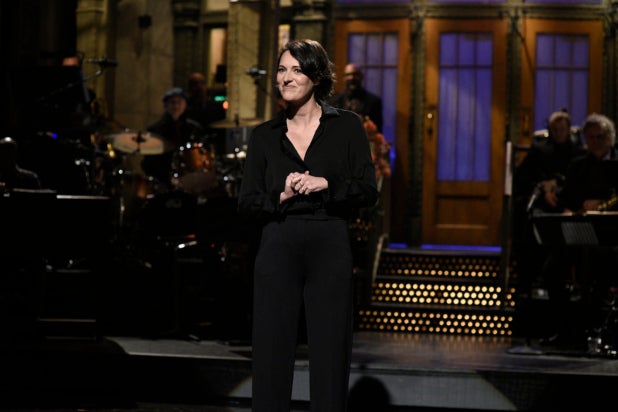 The Emmy-winning creator of Amazon’s “Fleabag,” who made her hosting debut on the longtime NBC late-night staple on Oct. 5, told Vogue that the monologue almost included “much harder jokes about America,” in particular regarding abortion.

“Just about the abortion laws, the kind of stuff you can’t get your head around,” she told the magazine. “The fact that the world has gone backward in this way, and actually in some frightening sense, in so many ways, women have a louder voice, are more empowered these days, and then in these other really insidious ways, blatant ways, we’re being marginalized again. How do you fight that? Because if you rant and rave, if you try and make a noise, you’ll be labeled noisy. You have to be careful of that. You have to find ways to protest.”

Waller-Bridge added that she eventually wants to find a way to “write something about that.” Her critically-adored comedy may have ended its two-season run, but she has a new development deal with Amazon to figure out what that is.