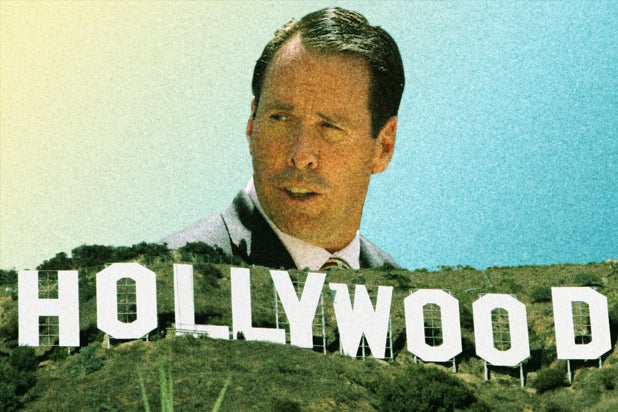 This weekend, a telephone company bought one of Hollywood’s most treasured studios, the home of “Harry Potter” and “The Sopranos” and “The Lord of the Rings” and “ of Thrones.”

It’s a real wakeup call, when a phone company came for Hollywood. And it makes you wonder if content is king after all. And if it is — for how long?

It’s all, apparently, about mobile, and being able to move content at lightning speed on those little screens that have become our constant obsession.

In discussing the decision to buy Time Warner, AT&T chief Randall Stephenson explained that this was the only way for his company to stay competitive at a time when landlines are a dead business and mobile is the prize.

“In terms of why we think it’s better to own the content, when you’re trying to change business models like this — and we all go through these routinely — when you’re trying to do just arm-linked negotiations and then trying to change the fundamental nature of the products you’re bringing to your customers, there are always friction points in these endeavors,” he said on a conference call.

“And as we try to think about curating content differently, and taking content and delivering it differently on the mobile device then it is delivered onto the TV, integrating social into the content that’s being delivered, doing that at arms-length negotiations is really, really hard and it is really, really slow, and it takes a lot of time. And in an industry that is iterating as fast as this one is iterating, you will fall behind.”

Time Warner boss Jeff Bewkes said essentially the same thing, admitting that his TV Everywhere concept had taken too long and did not establish the new norms he had hoped.

“When we tried to launch TV Everywhere,… we went out and announced that we were going to make all of our networks VOD and we were going to offer them to all distributors equally, so long as they made it available to people with no costs,” he said.

In many ways, by agreeing to sell Time Warner Bewkes has admitted that a legacy content company cannot keep up with the pace of innovation demanded in an age of competition by Netflix and Amazon.

Though those companies are relatively new to creating original content, their ability to drive decisions based on data is something with which Time Warner cannot compete on its own.

But as part of AT&T, it probably can. Or possibly. (It’s unclear if NBCU uses the data Comcast could likely provide to drive its own content decisions.)

Regarding mobile, let’s be honest: Time Warner is emphatically not the place that has defined mobile video, which is supposedly what this is all about.

So while all of that content will work well on AT&T’s soon-to-come streaming service, DirectTV Now, the demand for quality short-form content is something they will need to solve.

For so many of us who’ve seen Hollywood as the crown jewel in the creation of popular culture, getting bought by a phone company feels like the tail wagging the dog.

But Bewkes is no dummy. In this era, change comes at blinding speed. He needed to be ready, and he was. In this case, the decision came very slowly, and then very quickly.

Bewkes had made Time Warner a target by spinning off AOL, Time Warner Cable and then Time Inc., but resisted other overtures to sell, most particularly rebuffing an aggressive bid last year by the Murdochs and 21st Century Fox.

According to Bewkes and Stephenson, the two began talking in late August, when apparently a routine get-together with Stephenson turned to the question of aligning their strategies, and what quickly became a vertical merger.

For Bewkes, it is a brilliant outcome. He will leave his shareholders far wealthier, and as he heads toward retirement he hands the problem of technological innovation to a new owner.

As for Hollywood’s other movie and TV studios, who knows? Perhaps a wakeup call lies in their future as well.