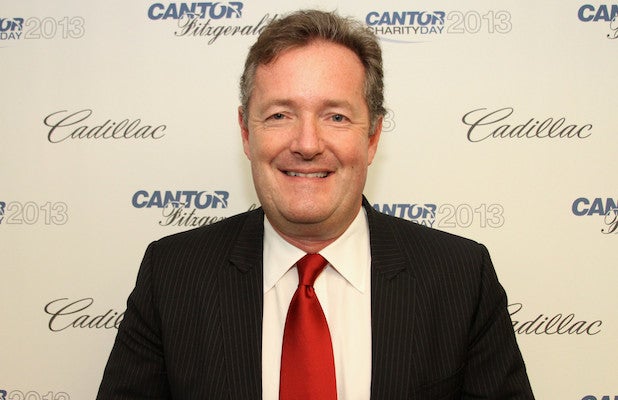 “I never like it when entertainers go all political,” the talk show host wrote in a Daily Mail column on Monday. “The cynic in me believes it’s rarely done for genuine reasons but for strictly commercial ones.”

In the column, titled “Jay-Z’s not the only one who needs to be nervous about Beyoncé, the born-again-black woman with a political mission,” Morgan argues that Beyoncé’s politically charged new album “Lemonade,” which samples Malcolm X and borrows imagery from the Black Panthers and the Black Lives Matter movement, is an attempt to leverage racial tensions for monetary gain.

While many have hailed the album and the accompanying visual as both an artistic achievement and a powerful assertion of black feminism, Morgan bemoaned the singer’s transition from pop star to “militant activist.”

Prefacing the argument with an anecdote about a “delightful day” he once spent with the singer and a note about his “admiration” for her, Morgan outright accuses Beyoncé of “play[ing] the race card so deliberately and to [his] mind, unnecessarily” on the album and in her recent Super Bowl halftime show performance.

“The new Beyoncé wants to be seen as a black woman political activist first and foremost, entertainer and musician second,” Morgan wrote. “But I have to be honest, I preferred the old Beyoncé. The less inflammatory, agitating one.”