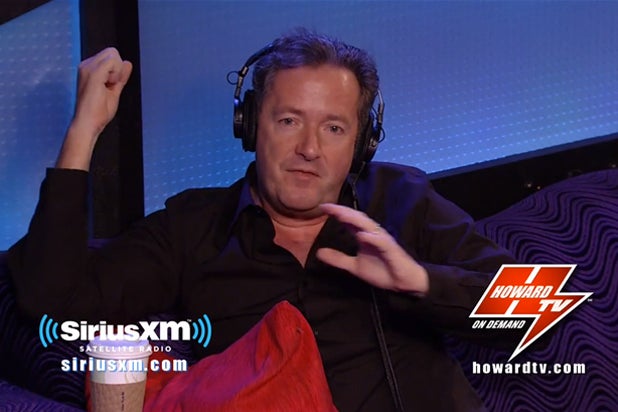 Bill O’Reilly may have a good million more viewers than Piers Morgan, but Morgan beats the Fox News star when it comes to politeness, according to Morgan.

In fact, arbiter of courtesy Morgan said, O’Reilly is “a dick.”

The CNN host was on “The Howard Stern Show” on Wednesday when he and Stern got around to talking about O’Reilly, who was in the audience of “America’s Got Talent” when Morgan was a judge, around the time when he was prepping for his then-new CNN show.

“Of course he’s going to know who I am!” the modest Morgan said. “There’s billboards in Times Square!”

But when Morgan introduced himself to O’Reilly, he got the brush-off: a series of “uh huhs” and an eventual “no, I don’t think so” when Morgan asked him to appear on his show.

“What a dick!” Morgan said of the encounter. “I was seething.”

Morgan and Stern agreed that O’Reilly was “quite rude” not to appear on a rival network’s flagship show. Stern ended up being one of Morgan’s very first guests. O’Reilly has yet to appear.

Later during the taping, Morgan said, O’Reilly came over with his daughter and her friend and asked for a photo with the judge for the girls, who were fans. Morgan made O’Reilly take the photo.

Stern asked if perhaps O’Reilly’s initial cold shoulder was because Morgan was on another channel.