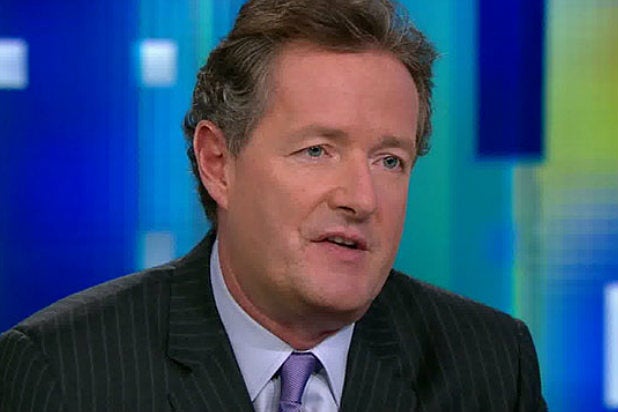 Daily Mail editor-at-large Piers Morgan penned a column on Monday detailing his weekend, which included a controversial appearance on HBO’s “Real Time with Bill Maher” and a Twitter feud with “Harry Potter” author J.K. Rowling. He also ended up mocking Meryl Streep in the process.

Also Read: Piers Morgan Eviscerated for Saying 'There Is No Muslim Ban' (Video)

Trump famously called Streep “overrated” after she laid into him during her acceptance speech for the Cecil B. Demille Award at the Golden Globes. The actor took more shots at the commander-in-chief during another emotional speech on Saturday night. Speaking at the Manhattan gala for the Human Rights Campaign, a nonprofit that advocates for LGBT equality, Streep said she’ll continue to stand up to Trump’s army of “brownshirts and bots.”

Morgan, a Trump supporter, drew ire from comedian Jim Jefferies on “Real Time” for continuing to defend Trump’s travel ban, saying, “There is no Muslim ban,” and citing that 85 percent of the world’s Muslim citizens are not affected by the executive order.

“F-k off! Oh f-k off, it’s a f-king Muslim ban,” Jefferies exclaimed. “He said there would be a Muslim ban, there’s a Muslim ban…. This is what you do, Piers, you say, ‘He hasn’t done this, he hasn’t done that, he’s not going to do that.’ Give him a f-king chance, mate! Hitler didn’t kill the Jews on the first day; he worked up to it.”

In Monday’s column, Morgan writes that his “crime” wasn’t something that should result in liberals “hysterically” losing their minds.

“I dared to suggest that liberals are losing their minds so hysterically over Donald Trump that they have lost all sense of proportion or even basic reason,” Morgan wrote. “Donald Trump, so far as I am aware, hasn’t murdered anyone.”

Morgan wondered aloud if Hollywood has learned anything from recent events: “Did they learn nothing from Brexit and Trump’s election, which surely proved that real people clearly no longer give a stuff what pampered, prima donna celebrities tell them to think about politics or how to vote?”

Morgan explained that if Trump doesn’t do a good job, he won’t be president after the next election because “that’s how democracy works.”