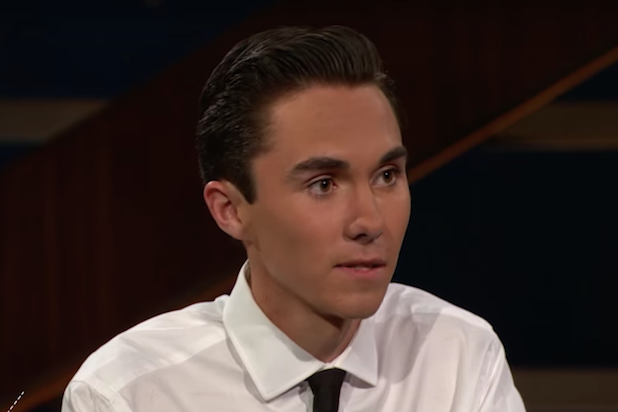 David Hogg is a survivor of the 2018 Parkland, Florida, school shooting, a Harvard undergraduate, a political activist, and now… a pillow salesman.

Hogg tweeted Thursday that he’ll be starting a pillow company with co-founder William LeGate to compete with MyPillow, the company founded by Trump supporter and outspoken conspiracy theorist Mike Lindell.

“@williamlegate and I can and will run a better business and make a better product all with more happy staff than Mike the pillow guy while creating US based Union jobs and helping people. This pillow fight is just getting started,” Hogg said Thursday.

The company’s name isn’t trademarked yet, and Hogg said he’s working out the details before sharing it publicly. Already though, Hogg’s supporters on Twitter are begging for him to call it PillowHogg. A bunch of people were suggesting the name Our Pillow, but Hogg vetoed that idea. “Sadly it will not be called our pillow for legal reasons. But don’t worry the new name is even better. I wanted to call it Not My Pillow but was shut down for the same reason,” Hogg said.

People can expect to place orders “in about 6 months- we would like to do it sooner but we have strict guidelines on sustainability and US based Union producers,” Hogg clarified in a tweet.

Lindell told Axios Thursday morning that he welcomes Hogg’s competition for now. “Good for them…. nothing wrong with competition that does not infringe on someone’s patent,” Lindell said.

One fan asked Hogg if he thought he could put Lindell’s entire operation out of business, and he replied, “if we do let’s offer to hire the factory workers they got families.”

Also Read: America's Day of Shame: Scenes From US Capitol Under Siege by MAGA Mob (Photos)

Hogg said his plan is to work with the company in an “advisory role” for now while he focuses on school — he’s a political science major at Harvard right now.

In case you missed it, the reason everyone is talking about Lindell is because he’s been a frequent guest on news shows lately amid a tireless uphill battle to convince people that voting machine companies like Dominion and Smartmatic miscounted votes in the 2020 election in favor of President Biden. Lindell caused a Newsmax anchor to walk off during an interview, though the network later said they’ll keep booking him. Lindell’s also supported the MAGA riot that attacked the Capitol Jan. 6, and he previously advised former President Trump to use martial law to remain in power. And of course, the former crack cocaine addict turned pillow salesman has been the butt of several jokes on “Saturday Night Live.“

Hogg said some of his upcoming company’s main goals are to be “Union made in America to create good jobs that support American families; Have an emphasis on supporting progressive causes; Not attempt a white supremacist overthrow of the United States government… So you can sleep at night.”

.@williamlegate and I are going to prove that progressives can make a better pillow, run a better business and help make the world a better place while doing it.

Key parts of the company

-Union made in America to create good jobs that support American families.
-Have an emphasis on supporting progressive causes
-Not attempt a white supremacist overthrow of the United States government

So you can sleep at night 😌