Skylar Astin, previously of the “Pitch Perfect” film franchise, is singing a new tune — that of a “Grey’s Anatomy” recurring star.

The actor, who recently finished up a run on NBC’s “Zoey’s Extraordinary Playlist,” is joining the show and playing Todd Eames, and yes, his character is a doctor (as in, he holds a PhD).

Here’s a character description: Charming and handsome with a gentle soul, Eames holds a PhD in environmental sciences and loves a good spreadsheet. He is close with his sister, who is a pregnant patient at Grey Sloan Memorial. 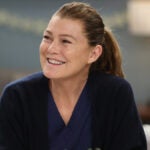 Astin will make his “Grey’s” debut on March 24. The episode he’ll be featured in is called “Put the Squeeze on Me.”

“Grey’s Anatomy” is currently in its 18th season on ABC. The medical drama stars Ellen Pompeo as Dr. Meredith Grey.

No word on if Astin will be using his pipes on the show, however the Shondaland series did do a musical episode — “Song Beneath the Song” — back in Season 11.