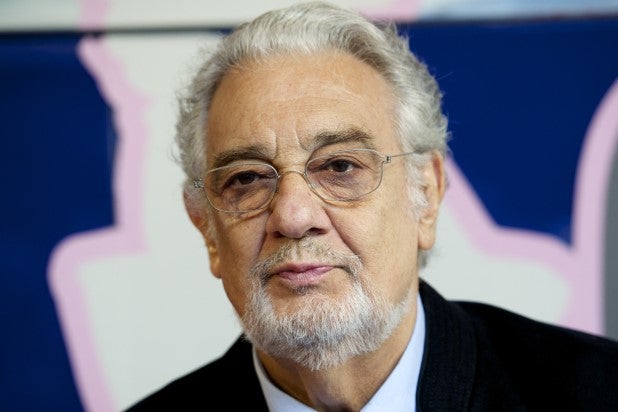 Opera singer Plácido Domingo has resigned from his post as general director of the L.A. Opera amid an investigation into sexual harassment accusations made against him.

Domingo will also withdraw from scheduled future performances with the L.A. Opera. Domingo has served as its director since 2003, and last month the opera announced it was opening an investigation into the singer after the Spanish tenor was accused of harassment by at least 20 women. He has denied all accusations.

“I hold The Los Angeles Opera dearly to my heart and count my work to create and build it as one of my most important legacies. However, recent accusations that have been made against me in the press have created an atmosphere in which my ability to serve this Company that I so love has been compromised,” Domingo said in a statement. “While I will continue to work to clear my name, I have decided that it is in the best interests of L.A. Opera for me to resign as its General Director and withdraw from my future scheduled performances at this time. I do so with a heavy heart and at the same time wish to convey to the company’s dedicated board and hard-working staff my deepest wishes that the L.A. Opera continue to grow and excel.”

A representative for the L.A. Opera also confirmed Domingo’s resignation and thanked for his contributions to the organization.

“Plácido Domingo’s contributions to the cultural life of Los Angeles have been unprecedented and profound. He is not only an outstandingly talented artist, but also the driving force behind the creation, development and growth of L.A. Opera. Under his leadership, L.A. Opera became known for its spirit of collaborative creativity and its ability to attract superb performers from across the globe — including Plácido himself, who delivered more than 300 performances in 31 different roles and conducted more than 100 times in Southern California over the course of the past five decades. We thank Plácido for popularizing opera in the consciousness of Los Angeles and are deeply grateful for his inspiration and dedication to our institution and our community,” the L.A. Opera’s executive committee of the L.A. Opera board of directors said in a statement.

The Associated Press reported last month that nine women had accused Domingo of sexual harassment over three decades. That number later grew to 20 women in a follow-up report. The news prompted both the Philadelphia Orchestra and San Francisco Opera to cancel performances with the tenor, and Domingo and the Met Opera mutually agreed to part ways and withdraw from all of his future performances.

Eight singers, including retired mezzo-soprano Patricia Wulf, and one dancer told the Associated Press that Domingo pressured them into sexual relationships to advance their careers. Seven of the nine said they felt they were punished professionally when they refused his advances.

Three accusers told the AP he forced wet kisses on them without their consent, while another said he put his hand down her skirt. All but Wulf declined to be identified by name for fear of professional reprisal.

“The allegations from these unnamed individuals dating back as many as thirty years are deeply troubling, and as presented, inaccurate,” Domingo said in a statement at the time. “I believed that all of my interactions and relationships were always welcomed and consensual.”

The L.A. Opera did not provide information on a replacement for Domingo or an update as to the status of the investigation.

The singer remains scheduled for performances in Europe and abroad, including in Zurich, Moscow and Vienna this month.