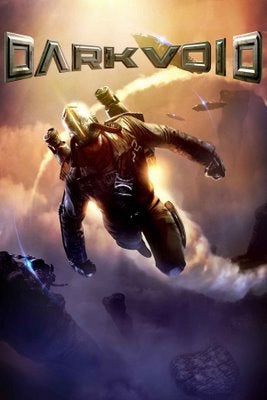 The theatrical version of the Dark Void game is being developed as a sci-fi action franchise and potential starring vehicle for Pitt.

Dark Void is an adrenaline-fueled blend of aerial and ground-pounding combat that centers on Will, a pilot who crash-lands in the Bermuda Triangle while on a routine mission. Will wakes up to find himself in “the Void,” an alternate world where aliens with superior technology are planning to take over civilization. Together with a faction of humans who have disappeared into the Void, Will takes on the alien race using their own advanced technology to defeat them and keep order in the civilized world.

“As a game, Dark Void was developed with a wide-screen mentality — a world full of adventure presented in cinematic scope and scale,” said Germaine Gioia, senior VP of licensing at Capcom Entertainment. “Plan B recognized the potential of our newest property and are as excited about bringing Dark Void to life in cinemas as Capcom is to bring the interactive experience to home theaters.”

Plan B Entertainment’s previous credits include "The Departed," "Charlie and the Chocolate Factory," "A Mighty Heart" and "The Time Traveler’s Wife." The company is in production on "Eat, Pray, Love" for Sony and in post-production on Terence Malick’s "The Tree of Life," to be released by Bob Berney and Bill Pohlad’s new distribution arm Apparition; Rebecca Miller’s "The Private Lives of Pippa Lee," due to be released later this month by Screen Media; and Matthew Vaughn’s "Kick-Ass," due out from Lionsgate in April.