Eugena Washington, a 31-year-old model who once finished third on “American’s Next Top Model,” has won the title of Playboy’s 2016 Playmate of the Year.

Playboy made the announcement at an intimate gathering at the Playboy Mansion in the Holmby Hills area of in Los Angeles, California, on Wednesday morning. 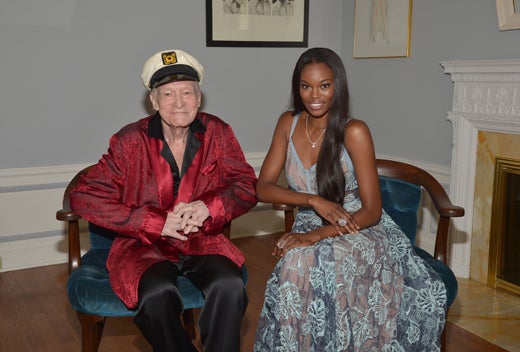 Hugh Hefner did not appear at the Mansion festivities, but posed with Washington later in the day (Charley Gallay)

In addition to the title and cover, she wins $100,000 and a two-year lease on a Fiat convertible.

“(It’s a) cute chunk of change,” Washington told TheWrap poolside at the Mansion.

With a modeling book that includes CoverGirl, Clinique, Lexus, Macy’s and Target, Washington is just the third black Playmate to hold the title. At 31, the tall South Carolina native is a bit older than the average Playmate with a well-honed, camera-ready personality and media savviness that will suit her — and the evolving brand — well.

Washington is the first woman to bridge the nude and non-nude eras of Playboy. She shot “nude” in 2015 and now appears NeSFW (Nearly Safe For Work, depending on your environment) in the June 2016 issue, the fourth issue of the non-nude, coffee table book era. 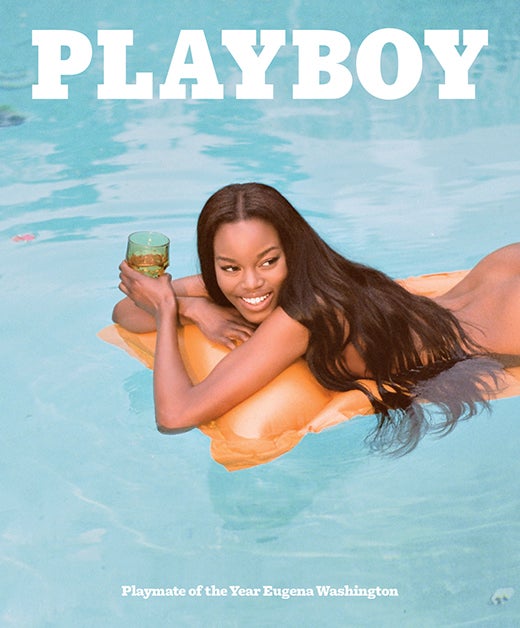 “The first shoot was like ‘OK, take your clothes off. You have to be nude,'” Washington says of her naked shoot experience. “It’s very played up. Very glamorous. Very ‘out there.'”

In comparison to the current book, which leaves nearly everything to the imagination and resembles a risqué fashion catalogue more than a plastic-wrapped glossy behind the counter, Washington stated a preference for the new style.

“It was definitely more demure, definitely more casual, more natural. And it was non-nude. I was more comfortable shooting because I could just be natural and do my own movements and be who I am,” she said. 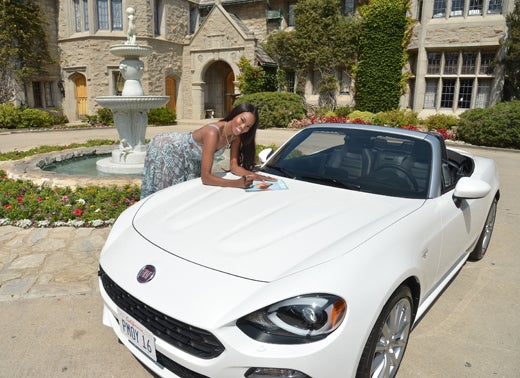 In a continuing evolution of the brand, the annual idyllic May afternoon reveal at the Mansion was scaled back from years past. A sit-down luncheon and homecoming for Playmates from all generations of the magazine was absent this year, instead replaced with a junket style gathering that drew strong from the gossip weeklies, national news magazine shows and local L.A. broadcast news outlets.

Also Read: The Scene at Cannes 2016: Red Carpet Arrivals and Beyond (Photos)

Unlike traditional paint-by-numbers junkets at the Four Seasons in Beverly Hills, guests at the Mansion got tours of the surprisingly expansive zoo, which includes 50 squirrel monkeys, multiple flamingos, free-roaming peacocks, and over a dozen exotic birds that are as comfortable on your arm as on their metal hoops. 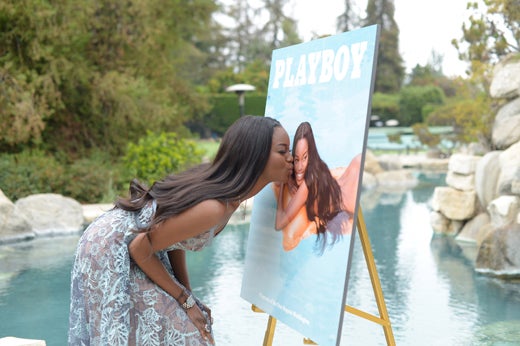 Despite cracks from the photo-scrum about a “for sale” sign out front, there is no Sotheby’s sign out on Charring Cross Road. A Playboy insider of multiple decades tells TheWrap that the mansion has technically always been for sale, but that the offers have never been right.

In winning this title, Washington course-corrects on her “America’s Next Top Model” loss that came in 2006-7, the first seasons on The CW network. Then, she lost out on a $100,000 contract with a cosmetics company.

She’s since gone on to model for that same company and now pockets the $100,000 from Playboy.

“Tyra’s always watching us,” Washington said of the former “Top Model” host and producer. “It makes her feel good to see us living out our dreams because she lived out hers.”

The June 2016 issue of Playboy hits newsstands on Friday, May 20.