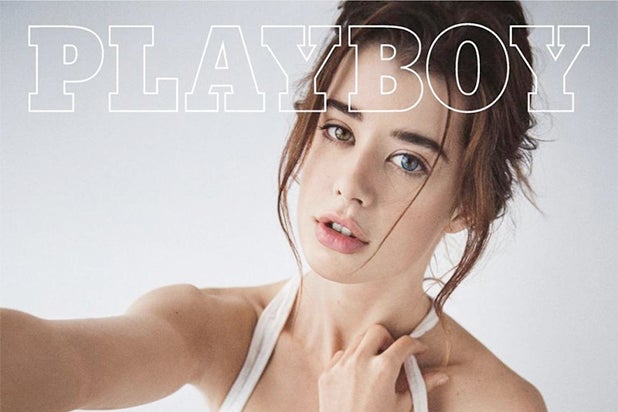 “For decades, Playboy has been a platform for expression and creativity – a catalyst for progress,” Playboy Enterprises CEO Scott Flanders said. “We’ve often been an advocate and an activist – a proponent of individual freedom. We have always pushed the boundaries of imagination; we’re an aspirational brand and have been a vanguard for exploration, all the while giving a voice to provocative opinions. Now, with the debut of our original video slate, we’re continuing to usher in a new era of Playboy. And we’re just getting started.”

Playboy’s properties already reach more than 150 million consumers each month, but it intends to increase that number with original video programing that features everything from documentaries to scripted comedies.

“Nothing has been more exciting than leading this content transformation at Playboy,” COO Cory Jones said. “The slate of original video programming we have introduced today reflects our authoritative voice, advising and entertaining men. We have never had a bigger audience at Playboy and we are all very eager to introduce them to this incredible collection of new franchises.”

The Life by Playboy: Get an inside look at the process of editing the iconic lifestyle section of Playboy magazine.

Documentaries
Meccas: Playboy explores the world’s most sought after destinations – from the one wave that every surfer dreams of riding, to the vineyard every sommelier dreams of visiting. The pilot episode is shot in Cuba’s rum haunts.

Coaching Trees (Chef Edition): In this documentary series, Playboy delves into the interconnections between the most respected chefs. The first episode shows how lauded chef and restaurateur Thomas Keller has spawned a movement of perfectionist cooking from French cuisine to hamburgers and fried chicken.

Dinner Date with Furious Pete: YouTube star Peter Czerwinski, better known by his stage name Furious Pete, has built a following of more than four million viewers by showcasing both his inspiring fitness regimen, as well as his competitive eating ability. How can a guy with washboard abs eat 12 pizzas? The world isn’t fair. That’s how. In Dinner Date, Pete teaches guys how to cook impressive yet easy meals for their dates, and his female friends give him feedback on both his food and dating skills.

Fronting: Infused with high caliber actors from popular films and TV shows and featuring Facebook and Vine star Jon Paul Piques, Fronting is a raucous comedy series about a group of misfits running a sports agency together.

Robots Are Hard: Set three years into the future, this scripted comedy series follows the brilliant engineers at an artificial intelligence (AI) robotics company. Their only problem is that their robots, who are all played by social media stars, have more personality than they can handle and there is no way to destroy them. Robots Are Hard is created by Aaron Shore (The Office) and Jonathon Magnum (Whose Line Is It Anyway?).

Gaming
Strangeplay with Mr. Sark: Hosted by the Grand Poobah of gaming and YouTube sensation Mr. Sark, this series explores the world of gaming. Through hilarious skits, reenactments and game play commentary, viewers are taken on a journey of the latest in gaming with appearances by the biggest names in the industry.

Gamer Next Door: Brought to you by hardcore gamer and Playmate Pamela Horton, Gamer Next Door is what every gamer wants: a chance to catch up with influencers in the gaming community; a way to check out previews, learn limited edition details and dispel game rumors; and an opportunity to play some video games.